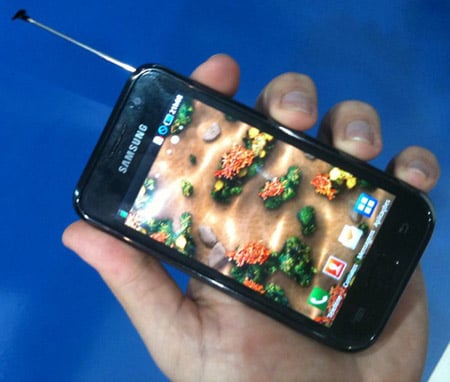 Samsung is bringing its popular Galaxy S smartphone to China and Brazil. Chinese folks will be able to grab the all-touchscreen Android device from China Mobile and China Telecom. I assume the version China Telecom will sell (marked as I9008) will rock TD-SCDMA radio that allows users to take advantage of 3G speeds.

As for the Galaxy S that is already available in Brazil, it comes with ISDB-Tb Digital TV on board and it’s pretty overpriced. The unlocked device costs whopping 2400 Brazilian reais which is about 1036 EUR. That amount will most likely go down with some of the carriers picking up the phone and offering it on a contract.

The Google Effect: Vlingo now free in the Android Market

Vlingo, developer of a popular Voice command application for a wide variety of mobile platforms, responded to Google's new Voice...