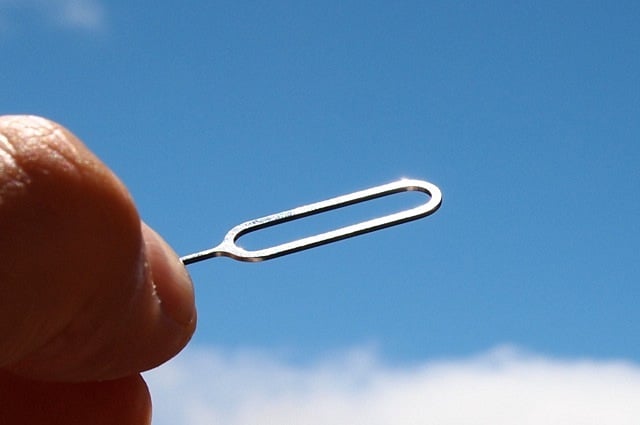 Remember when Apple signed that licensing deal with Liquidmetal Technologies, the company that made some space-age metal alloys? The one that helped Liquidmetal relieve itself of an $11 million dollar debt? Well, while we’ve been sitting here thinking of Terminators and transforming iPhone smartphones, apparently Apple has already begun with a new product that puts the awesome new alloys to use.

While we’ve heard that Liquidmetal might be considered for use in future iPhone antennas, it seems that it has already found its way into the SIM ejector pin or tool. That’s right, those glorified paper clips that came with the iPhone 3G–the ones that were almost impossible to bend and warp–were from Liquidmetal Technologies.

“That’s my metal,” Atakan Peker, the co-inventor of the metal, said. “I recognized it immediately. Take it from an expert, that’s Liquidmetal.”

According to Cult of Mac:

CultofMac.com has independently confirmed that Apple used Liquidmetal. Apple sourced the part from Liquidmetal Technologies as a test of the company’s manufacturing capabilities. Apple has a very strict policy that normally requires at least two separate sources for parts. The policy is insurance against supply problems like factories burning down.

Where was it originally invented? At Cal Tech of all places, home of some of JPL’s finest, but not to my surprise.

Peker co-invented Liquidmetal in 1992 with engineering professor Bill Johnson when he was a graduate student at the California Institute of Technology. He was the first scientist to make Liquidmetal, a form of bulk metallic glass, in the lab.

So, if you’re still rocking an iPhone 3G because your contract has yet to expire, and you’ve noticed that your SIM ejector tool is of the unbendy kind, feel free to marvel at it and eject your SIM cards with awe and reverence for science.

All you bookworms are going to get some digital love, as the Barnes & Noble Nook e-reader software is now...