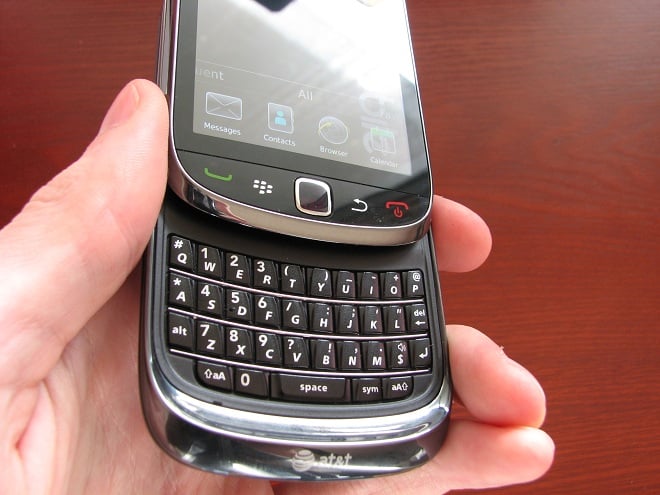 The BlackBerry Torch costs $183.05 to manufactur, iSuppli said, which makes Research In Motion’s flagship handset less costly than the rival Apple iPhone 4, which costs about $187.51 to manufacture.

Of course, these numbers don’t include the research and development costs or the marketing, but rather it is an approximate breakdown of how much the components cost. The most expensive component of the BlackBerry Torch was the touchscreen, which came in at $34.95. The “Retina Display” was also the most expensive part of the Apple iPhone 4.

The BlackBerry Torch was supposed to be RIM’s first device to counter the plethora of superphones we’ve seen from Apple, HTC and Samsung but it just didn’t quite hit that level due to its screen resolution and somewhat pokey processor (compared to other devices). The BlackBerry Torch sold about 150,000 units since its launch last week and this is a good number but it’s substantially lower than the Apple iPhone 4 debut (to be fair, Apple’s phone launched in multiple countries).

Just because it doesn’t cost as much to make, that doesn’t mean the BlackBerry Torch is a bad phone by any means. According to our review:

The BlackBerry Torch 9800 is far from flawless, but it still brings a lot of new features to the table; in fact, I would say that it’s the variety of improvements (rather than the depth of them individually) that make the BlackBerry 9800 Torch and specifically OS 6 a reasonable success. I’m still unconvinced that people are going to start hucking their EVOs into a lake and head over to the nearest AT&T store for a Torch, but for people who are still packing a Bold 9000 (like me) and are closing in on the end of their contract, the 9800 will be a huge upgrade. For those new to the smartphone thing and are assessing their options, the BlackBerry Torch 9800 will be able to sit earnestly beside Android and iPhone devices while not looking entirely out of place.

I’d recommend the BlackBerry Torch 9800 to hardened bureaucrats who have grown jaded with the smartphone that has in many ways defined their professionals lives, and to new users considering a jump into the smartphone game. The updated user interface and reorganized setup menus make life a lot easier for the noobies, and bundled instructional videos show all of the basics.

[Via iSuppli and The Wall Street Journal]