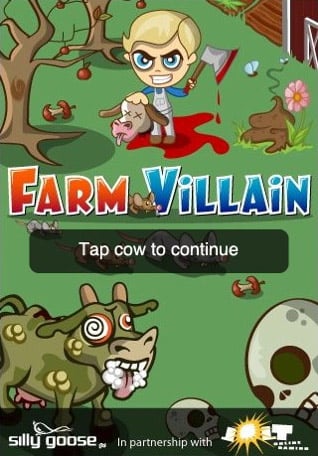 Don’t know about you, but I simply hate FarmVille. I do understand it’s addictive and that some folks like the idea of having their own virtual farm, but let’s face it – it’s a super time-wasting activity. That said, I love FarmVillain. It’s an iPhone app that allows you to post FarmVille parody messages on your Facebook wall!

For instance, you can announce to your buddies that your farm is now open to cosmetics testing. Or even better, something like this (full example):

You can now plant genetically modified corn on your farm.
The only part of this corn that can be found in a birds stomach is its fist. Engineered from Chuck Norris genes and human emotion wrath, there is little in terms of natural predators. Playing God is fun.

Don’t expect to boost your productivity, though. But at least you’ll show your FarmVille playin’ friends you don’t actually care about their farm progress… AppStore link is below.

MySpace unveiled a music-video service that can be used on their website and on the iPad. The name of the...