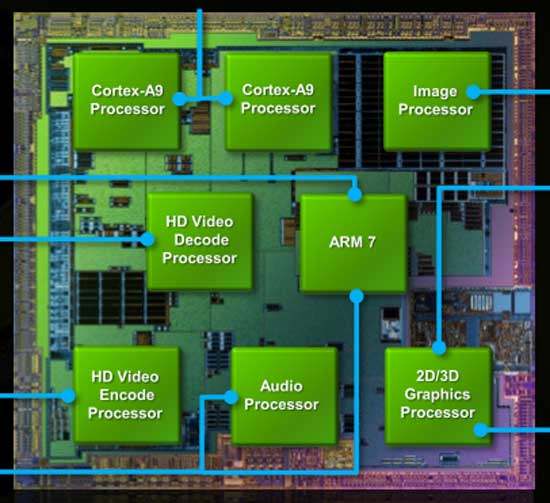 Known for its wide array of feature phones, LG has been struggling to tap into the exploding smartphone market. While it has several introductory android handsets that have been well regarded, it has yet to produce a blockbuster hit to compete with the DROIDs of the world. All of that may be changing with LG’s new Optimus Android handsets, a diverse lineup which the Korean manufacturer has been unveiling in pieces over the past few months.

First and foremost, LG has upped the ante in the processor department, packing a dual-core Tegra 2 processor underneath the hood of  select handsets within this Optimus line. Tegra 2 is a powerhouse mobile solution offering dual ARM Cortex-A9 MPCore processors running at 1GHZ, 1080P HD video encoding/decoding, HDMI out, support for up to a 12MP camera, and a LCD display res of 1680×1050. Sounds perfect for a high-end smartphone and a tablet device, doesn’t it?

The inclusion of a Tegra 2 processor will help set LG apart from its competition which are using processors and SoCs from a variety manufactures including Qualcomm’s Snapdragon processor, TI’s OMAP 3 processor, and Samsung’s Hummingbird processor. For those keeping track, these processors can be found inside the Nexus One, the Motorola DROID X, and the Samsung Galaxy S, respectively.

Though all these competing processors clock at 1 GHz, each one offers only a single core for processing; not a dual-core which differentiates the Tegra 2. While Qualcomm is rumored to be producing a dual-core chip, NVIDIA is the first to get a dual-core mobile processor to market and LG is one of the first manufacturers to offer it in a handset.

Details on the launch dates and target markets for these Tegra 2-powered Optimus handsets is currently not known. Looking at launch patterns, the other non-Tegra 2 handsets within this Optimus lineup are slated to hit Korea and other European markets, not the US. For better or for worse, we expect that the high-end Tegra 2 variants would follow suit.