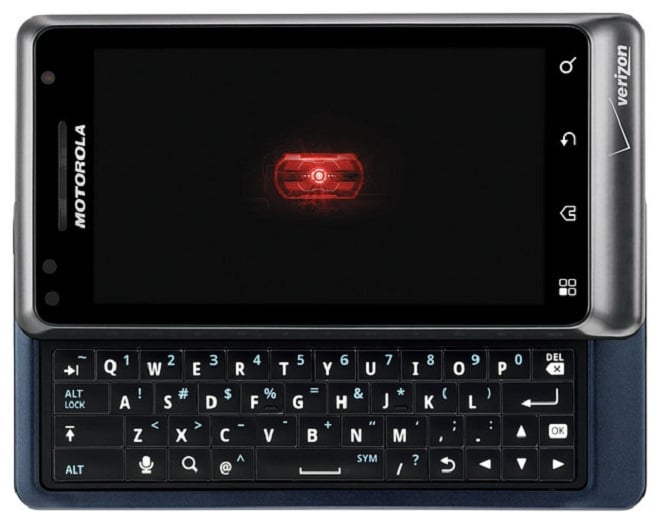 Remember when we caught a screenshot of a Verizon computer that showed the global roaming Motorola Droid Pro, and a world phone edition of the Droid 2? Both devices were said to have global capable GSM radios, allowing them to roam on wireless networks outside the US (where CDMA is pretty much non-existent). Well, we were correct about there being a GSM capable version of the Motorola Droid 2 hitting market, but it turns out that the Droid Pro is in fact just a D2 with CDMA and GSM capabilities built-in. The two phones are one in the same.

Because the D-Pro and the D2 global roaming devices are actually the same device, it looks like the upgraded specs that we saw won’t be present. We were really looking forward to seeing a 4-inch Droid device that had a 1.3 GHz processor under the hood, but we’re guessing that won’t be happening this time around. Motorola and Verizon could have had a nice leg up on the competition by offering up a 1.3 GHz CPU on a phone this soon, but it looks like we’ll have to wait a little longer.

Still, having a global capable D2 sounds good to us, as having to get a completely new phone when traveling to another country is just not an something anyone wants to think about. Expect to pay a bit more than the $200 dollars for the D-Pro, since you have the option to take the device elsewhere. We’d expect at least an extra $50 to be added to the price of the device D2, if not more than that. The Droid Pro name may be changed as well, but we rather like it. Best of all, this puppy should be released in the coming weeks, and September sounds like as good a time as ever to launch the device before focusing on the big hits for this holiday season.

Keep in mind that if you’re thinking of getting a D-Pro and taking it to T-Mobile or AT&T, you’re out of luck, as the device is said to only use GSM outside of the US. Maybe with a little hackery, you could get this hot new Motorola smarpthone onto another GSM carrier in the states, but it likely won’t be easy. Some Blackberry Storm users already know this all too well.

Who’s ready to scoop one of these bad boys up?

Verizon’s next generation enV Touch to be an Android handset?

According to leaked information, LG's enV series of handsets may shed its feature phone roots and adopt Android as its underlying...