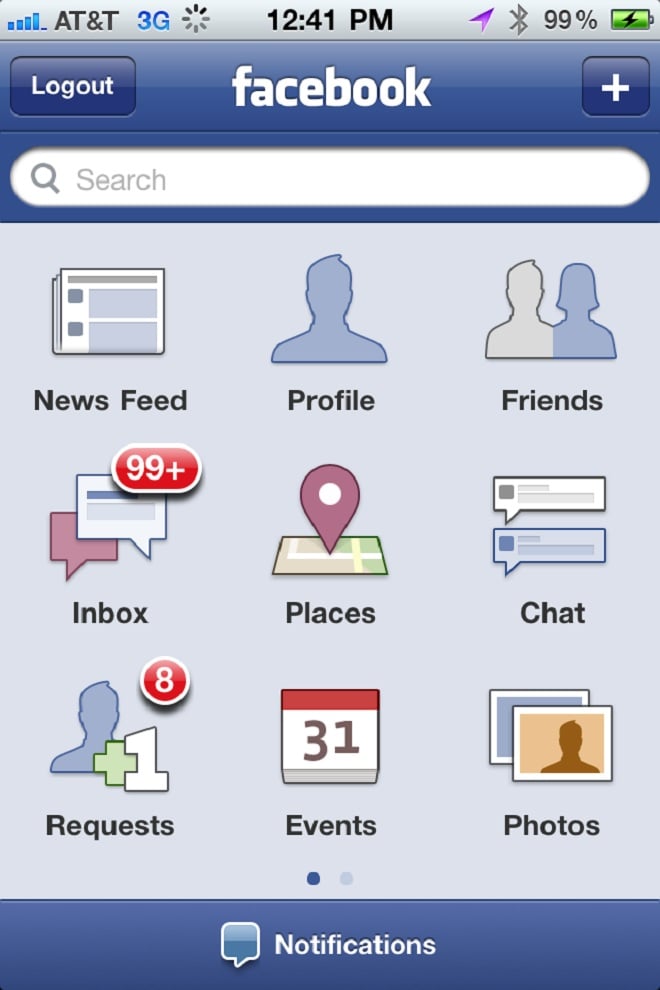 By now, you should know that Facebook flipped the switch on its location-based sharing service and I really think Facebook Places will have a big impact on smartphone users.

The service is not incredibly innovative, really, as you check in to locations and share this with your friends. This is what companies like Loopt, Foursquare and Gowalla have been doing for years but the difference with Facebook Places is that it has a user base of over 500 million, which should push location sharing into the mainstream.

Good location services actually show the real potential of smartphones – if you check in at a bar and get a notification that a friend is down the street, that can be a useful and powerful tool. Advertisers are drooling over this too, as they already know your interests and device and your location just gives them another way to tailor their pitches to be relevant to you. Fortunately, Facebook Places is rolling out without advertising but that will change eventually.

The world’s largest social network is rolling out the service to HTML5 mobile browsers and through an iPhone app for users in the United States. You click on the Places icon, can tag your friends when you check in to a location and you can add comments and status updates when you do this. We have the iPhone app but the service hasn’t been turned on for us yet. 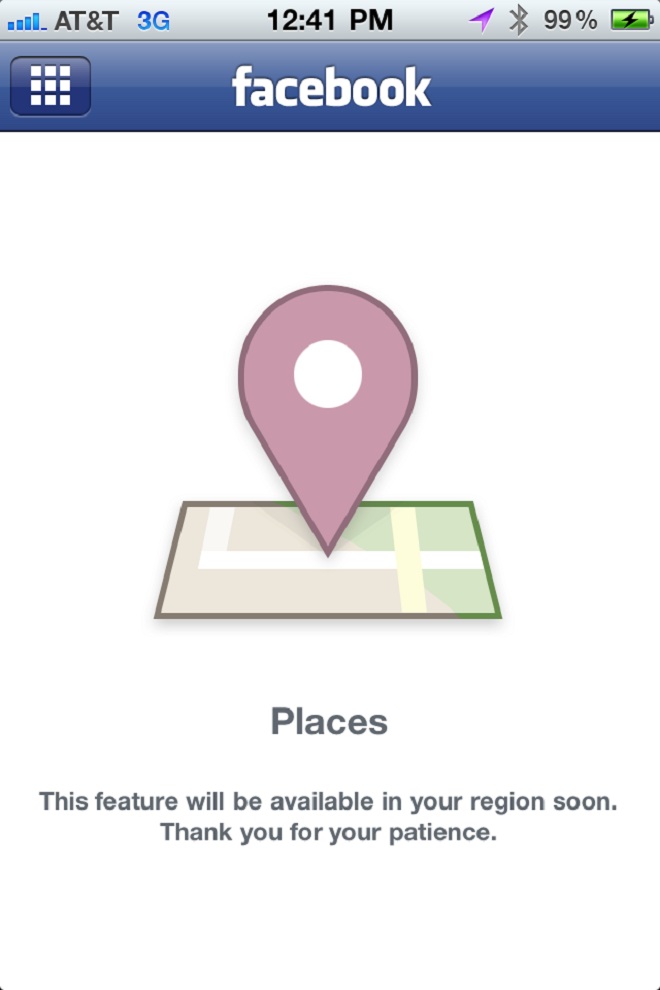 It’s slowly rolling out to users (I still can’t get it on my Android browsers) but I think this will be an important service down the road. The main problem I had with Foursquare is that none of my real friends used it, as it was filled with super techies. That’s not going to be a problem with Facebook Places, as even my mom is on that social network and I suspect most of our readers use it as well. It is going to catch on and that could lead to positives and negatives for users.

If you want an example of how mainstream Facebook is, go watch a movie at a theater. The last time I went (Inception, which rocked), every single one of the trailers was directing viewers to its page on the social network. Pretty soon, business owners are going to want to use their Places page as a way to reach out to customers and offer coupons and discounts. This could be better than other location-based coupons because it could utilize what the company knows about you (your friends, interests, etc.) to tailor the discounts.

Privacy is always a concern when it comes to location services and that issue is heightened when it comes to Mark Zuckerberg’s company. The ACLU has already warned that this could impede on privacy because of the ability to check-in other users. This can be disabled though and you can view those instructions here.

The social network isn’t immediately trying to crush competitors, as it will be introducing an API which will let third-parties build on top of Facebook Places. Gowalla, Foursquare, Booyah and Yelp were at the event and said it will integrate its services with the new location-sharing feature. Even Loopt, which is the grand poppa of location-based social networks said it will work with Zuckerberg’s company.

At Loopt, we plan to aggressively embrace Facebook’s Places API and systems to make our product stronger; our most recent product, Loopt Star, was 100% built on Facebook Connect. We’ve long seen the potential in bringing location to the Facebook community, and we respect the lifeblood both Facebook and Twitter will be able to pump into the location services space.

From a Loopt product perspective, our goal moving foward is to have the absolute best geo-based mobile application experience feeding into Facebook. Frankly, we’re fired up to see where we can take this.

The Yelp integration should be cool, as it will integrate Facebook Places with its augmented reality portion of its app. You’ll soon be able to use the “monocle” feature to use your camera to find nearby friends and restaurants.

This could really help Yelp because it already has a clear purpose for the app and this is just another, cool feature but I’m concerned about the straight location-based networks like Foursquare and Gowalla. A few merchant discounts aside, I don’t see how these companies add a great deal of value and think the majority of users will use Facebook Places.

These standalone companies have been turned into Facebook app makers but that’s not always horrible. Zynga is laughing all the way to the bank based on the strength of its games for the social network but this is different because Facebook doesn’t have its own gaming service. Unless these companies can provide exceptional value with their products, I think the majority of users will just stick to Places.

Check out how the rest of the location-based services stack up with the infographic below. 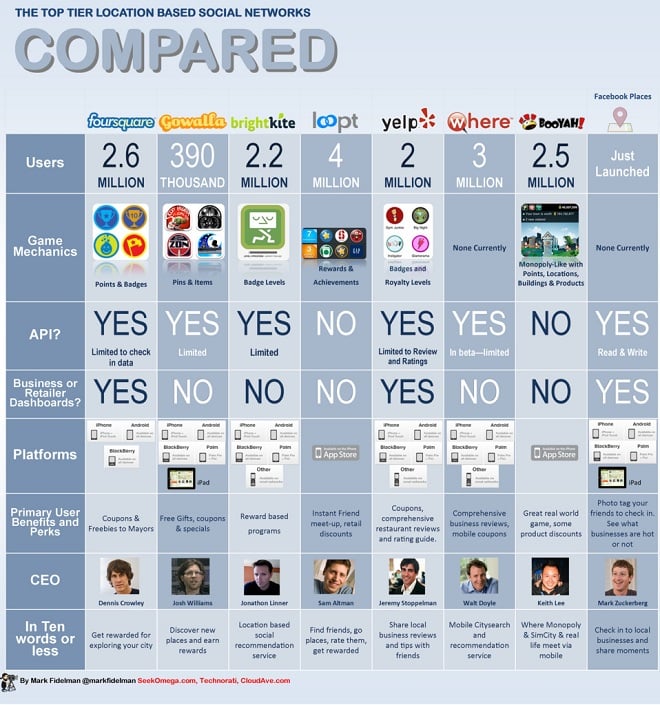 [Photo, hat tip to Techcrunch for the photo]