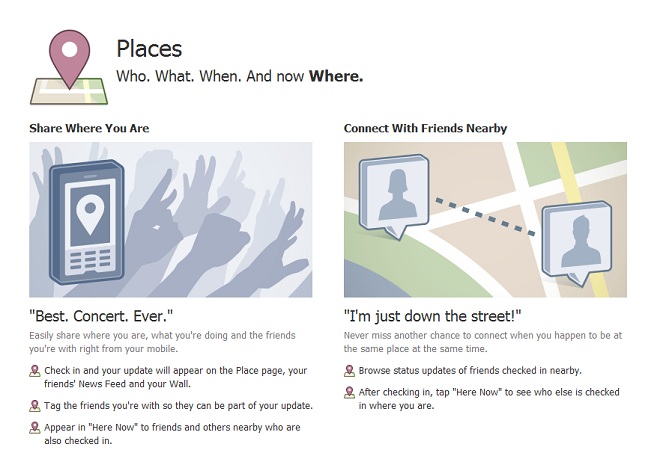 In a move that’s not unexpected, Hot Potato has been acquired by the world’s largest social network and this move could help bolster the recently-introduced Facebook Places.

Reports from earlier said that Facebook was in serious talks to buy Foursquare but the deal was derailed over a $30 million difference in asking price. The world’s largest social network instead focused on the considerably less-expensive Hot Potato, which was reportedly purchased for $10-15 million.

Hot Potato focused on bringing people together around events and social activities and it also had an Apple iPhone app. This should fit naturally with Facebook Places, which allows users to share their locations in order to connect with friends on the go.

This wasn’t an easy decision, especially since we’ve built up a base of dedicated users. If Hot Potato was going to sell to anyone, Facebook was the natural choice. Facebook is still small, moves fast, provides a great supportive environment for people to be entrepreneurial, and most importantly, Facebook builds great products. We’re looking forward to joining their team.

Facebook Places is slowly rolling out across the United States as an Apple iPhone app and through the mobile touch version of the site. The company is also introducing an API to tie into this service so that app-makers like Foursquare, Yelp and Gowalla can hook into this location-based service.

I tried out the service on a Motorola Droid X and it was extremely bare bones, but I’m sure Facebook Places will be beefed out in the future. First of all, the GPS wasn’t even close to where I was and this Android phone generally gives me good location information. I also created an obviously fake spot to check in and I tagged my friends who weren’t even with me.

It’s a bumpy start but I think Facebook Places will grow in usefulness, particularly with more purchases like Hot Potato.

Apple shuts down Quattro to focus on iAd

It's not really much of a surprise, but Apple is in the process of shutting down the Quattro Wireless ad...