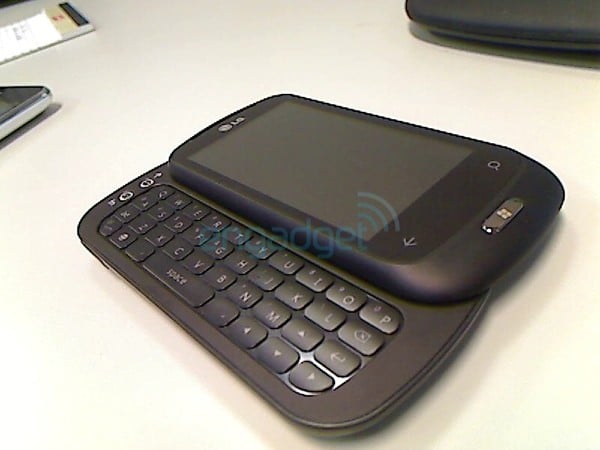 LG’s foray into the Windows Phone 7 platform was spotted in the wild this week. This side QWERTY slider features a plastic matte body and a combination of hard and touch buttons for phone control and navigation. Despite everyone’s fear that all Windows Phone handsets will be identical due to Microsoft’s strict control over the hardware design, these recent leaks show some of the diversity manufacturers can build into their Windows Phone 7 handsets. The C900 is the first handset to appear with carrier branding within the OS, confirming that this handset is slated to drop on AT&T alongside the Samsung Cetus i917.

“Landing first on AT&T” is phrase we all need to get accustomed to hearing for the upcoming months as AT&T is the preferred carrier of WP7 here in the US. Thus far, AT&T looks to be securing quite a nice portfolio of handsets for Microsoft’s big launch later this year. Anyone saving up now to snag one when they hit the retail shelves?

The Mobile Roundup – The ‘Here I Am’ edition

This was a big week for sharing where you are, as Facebook Places was officially introduced. We also saw the...