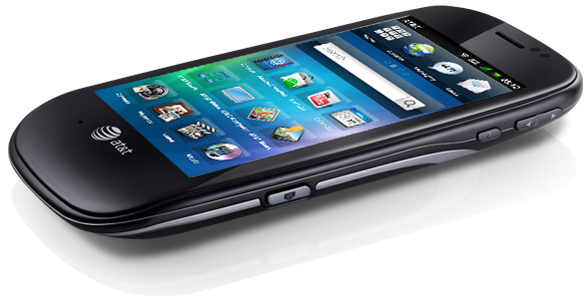 Dell has just launched their second Android smartphone on AT&T, the Aero, which we’ve seen here and there over the last couple of months and been dubious about seeing live. The unique aspect ratio will either hurt the app market, or appeal to videophiles, and the slightly differentiated key layout definitely give the Dell Aero some character. Dell’s done a bit of custom user interface work, offering ten home screens, a four-icon shortcut bar, and ringtone and connection managers in the windowshade. Here’s a quick specification run-down:

There was worry that there wouldn’t be an Android Market on the Dell Aero, but you can see the icon pretty clearly above. The screen uses Gorilla glass, which is a bonus, and I’m curious to see how well an 8 x digital zoom fares (probably not great). The biggest downer is that the Dell Aero is running Android 1.5,  a relatively ancient version of Google’s mobile operating system. One would hope that Dell’s higher-end Android handsets, like the Thunder, would ship with 2.2, though prototypes are currently on 1.6. The Dell Streak, though interesting in theory, also launched with dated software. Is this going to be an ongoing problem? Flash Lite support, though nice, will seem like a bit of a cop-out when full Flash is spreading quickly to other new devices. There’s a video walkthrough below if you want to see it in action, or you can head on over to Dell’s retail site to pick up an Aero with a two-year contract on AT&T.

Nothing makes my heart skip a beat quite like seeing pictures of shattered smartphone screens - or worse, seeing it...