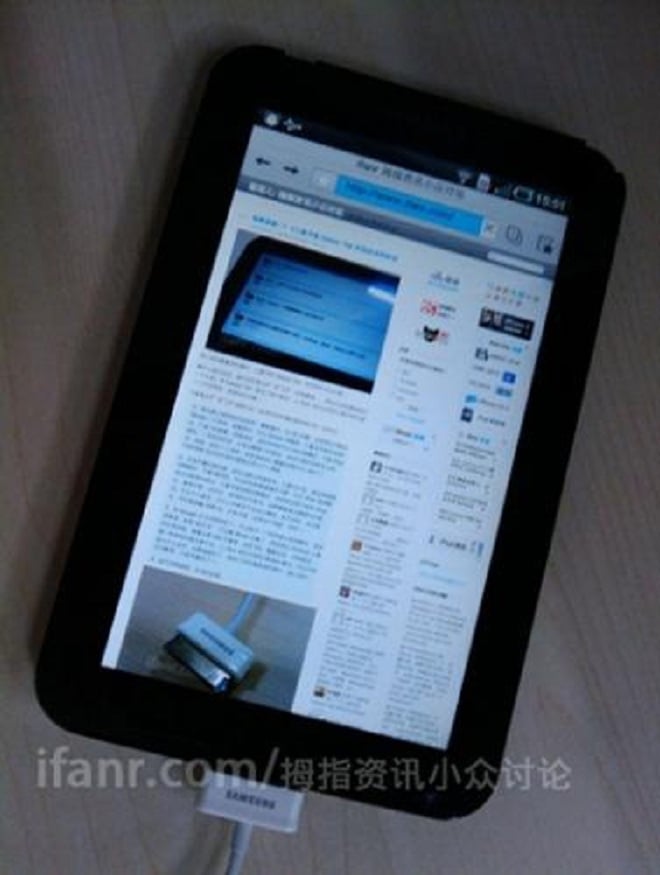 The Samsung Galaxy Tab is being quite the tease today, as the company showed off a brief demonstration video and we’ve been able to find another few spy shots.

The Samsung Galaxy Tab is going to have a 7-inch screen and the good folks at ifanr.com said it will sport a 1026 X 600 pixel resolution. That’s far from being confirmed but luckily we will know all the details when it is unveiled at IFA September 2.

The device will also be powered by Android 2.2, which offers a host of improvements over previous versions of the software. One thing that should stand out with that 7-inch screen is the ability to play Adobe Flash, which could come in handy when you’re surfing the web. The Froyo flavor will also offer improved web browsing and snappier overall performance.

The Samsung Galaxy Tab is also expected to have Swype preloaded and it should have WiFi, GPS, 3G and multiple cameras to take pictures and to make two-way video calls.

The upcoming Android tablet will be taking on the Apple iPad head on. This may be a difficult challenge to overcome because Apple’s “magical” pad has sold more than four million units and it is essentially the only tablet people think about.

The Apple iPad has the momentum but the Samsung tablet has a fighting chance. The 7-inch form factor could either be a flop or a stroke of genius. Some would like that it weighs less than Apple’s tablet and that it fits in a purse but others may find it in that no-man’s land where it’s too big for phone features but too small for full-fledged computing.

Here’s another supposed picture of the Samsung Galaxy Tab with Android and hop on over to the “via” link for a few more photos. Feel free to check out our most-anticipated tablets of 2010, too. 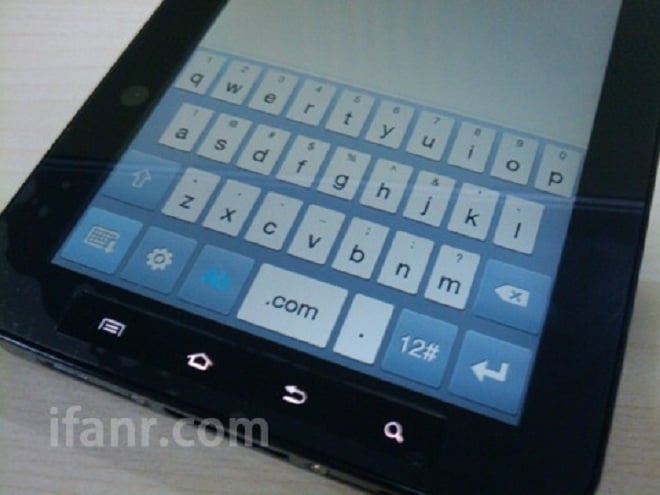 I'll be the first to admit I'm not really up-to-date on LG's latest devices... So when I heard the LG...