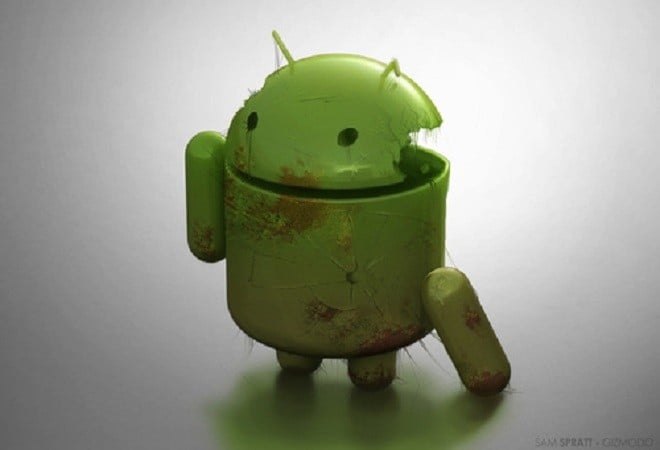 Maybe one of the reasons Facebook has so many Apple iPhone users than Android is because some of the social network’s developers aren’t infatuated with the Android developer environment. In fact, one of them seems to despise it.

Joe Hewitt made the original Facebook for Apple iPhone app and some would say that one was still better than the current Android app. On Twitter, Hewitt sounded off about how poor he thinks that little, green robot is.

On Twitter, he said “Android tools are horrendous, OS is hideous, but the absence of big brother telling me what to do gives it a slight edge.”

Hewitt made a big stink about how much he hates the Apple App Store approval process and he no longer works on the iOS Facebook app but he hasn’t been extremely satisfied with Android.

“The more I work with Android the more it reminds me of Windows … as in, it’s really flexible, agnostic, and developer-friendly, but also really sloppily designed,” he said.

This is obviously just one man’s opinion but I’ve heard similar remarks from multiple developers. This could be why the Apple iPhone has a larger catalog of products than the Android Market. Facebook seems to have made its Apple iPhone app its top mobile priority as this is the only app that can access the location-sharing service Facebook Places.

It’s not just volume though, as most of the big-time money seems to be in the Apple App Store. We’ve heard tales of Android developers making some nice coin but we still haven’t heard the multiple get-rich-quickly stores that sprung from the iPhone ecosystem.

Hopefully, that will change soon, as the little green robot is growing like gangbusters. It recently outsold all other smartphone operating systems in the United States and the momentum doesn’t seem to be fading. Google should also be working on making its dev tools better because the company knows how important apps are in this market.