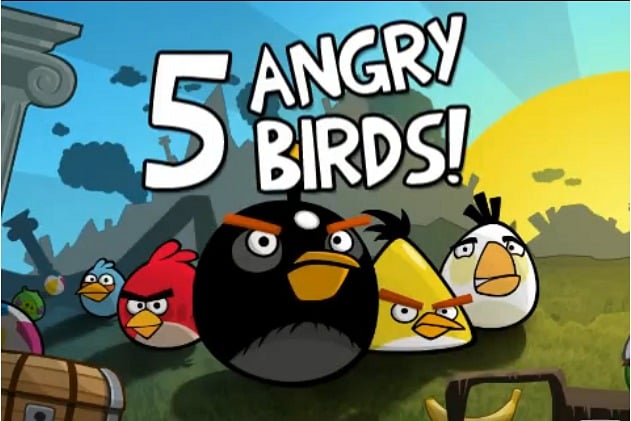 If your commute to and from work has been a fuzz, it’s probably because your head was buried in your iPhone while you were playing Angry Birds. The enormously popular game is available also on webOS, Symbian and soon Android. The idea behind the game is to attack pigs with five different types of birds, each with different capabilities, for stealing bird eggs. Due to its popularity, word is that the folks behind the game are now looking to get a movie made.

It might sound silly, but consider the game’s success as reported by TechCrunch:

“Angry Birds” has sold over 6.5 million units of its 99 cent iPhone app so far with the  free app being downloaded 11 million times. Its more expensive iPad app has registered more than $200,000 in sales.

Aside from its Hollywood and toy store aspirations, the game launched on the Palm platform today and plans to extend to the Android later this month.

“Rovio, the Finnish creator of the hit iPhone and iPad game, which has sold more than 6.5 million downloads, wants to turn the property into a major franchise that crosses over to other platforms — from TV shows and movies to toys and comicbooks.”

As if the success of the game wasn’t enough, we might now see a cartoon series, movie, action figures and comic books?! If any of those items are just as addicting as the game/app itself, it’s game over. We might as well consider them our real life Infinite Jest.