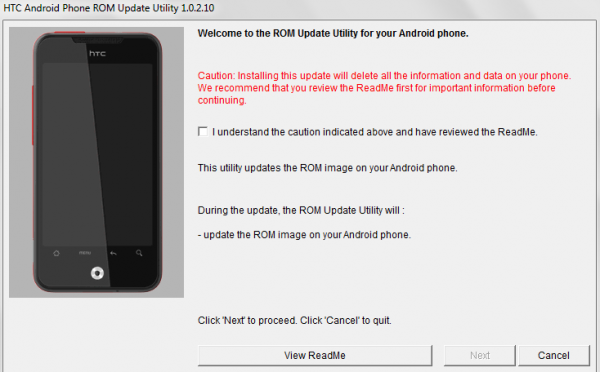 Bad news followed by good news for Verizon DROID Incredible owners. Remember the exciting rumor that Android 2.2 was slated to land on your handset starting September 1st ? Well, that date was reportedly a bust and it has been officially retracted by the source of the leak. Unfortunately, a new date has not been provided. Like many other Android owners, you are still in the holding pattern and are now again anxiously awaiting official word on this Android 2.2 update.

To comfort the blow of not receiving froyo next week, a new Android 2.2 ROM has emerged from the depths of Conflipper’s Shipped-ROMs website. Best news of all, this is not some fake ROM, but an RUU (ROM Update Utility) that contains the final and official Verizon build. For those that have a penchant for trying out unofficial official ROMS, head over to xda-devs and follow the chatter there for help on installing the ROM, keeping root, and, most importantly, tips to help you avoid bricking your handset. Enjoy!

[Via Android Central, xda-developers, and shipped-roms]

An internal list of devices Verizon intends to axe has snuck out, giving us the dates when certain phones are...