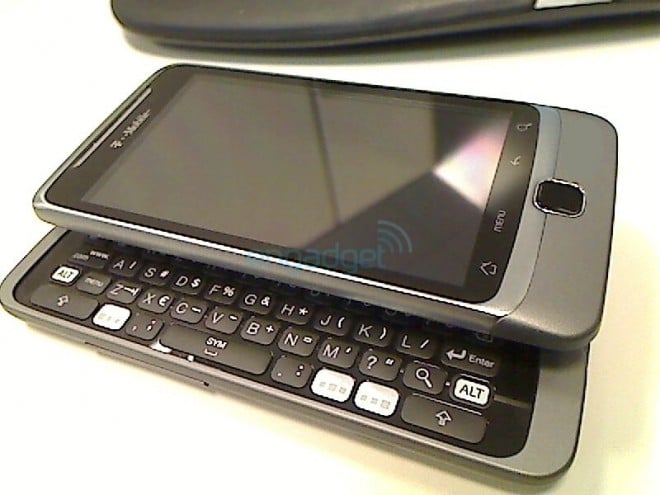 With the T-Mobile G2 test ROM leak yesterday, some of the finest Android developers out there have gotten a chance to dig through the code to find out some interesting details on the HTC-made G2’s (codename: HTC Vision) hardware and software. We can confirm that the G2 will indeed ship with stock Android OS, which is a win on its own for some. But, what’s more interesting is that the new device will ship with a newer Qualcomm CPU, the MSM7X30.

The MSM7X30 chipset looks to be quite a beastly complement to other Android handsets powered by Qualcomm’s processors. The same Scorpion CPU found inside the Qualcomm Snapdragon chipsets are also at the heart of the Qualcomm MSM7X30 hardware. From what we’re told, the chipset can support:

Sounds pretty good, right? Well I really wouldn’t expect a 12 megapixel camera on the G2, but at least we know it’s not a complete impossibility. We should expect the processor to be bumped to the higher 1GHz speed, and the integrated GPU could easily go toe to toe with the current mobile GPU champion, the Samsung Galaxy S. That’s saying a lot right here. And, 5.1 surround sound output? We’ll take that too, please!

So, while some may be a little disappointed that the T-Mobile G2 wouldn’t be shipping with a dual-core CPU, we’re still glad to hear that the HTC G2 will be shipping with a new chipset. This is really the closest thing we have to real specs of the G2, but the supported features in the MSM7X30 has us crossing our fingers for some truly drool-worthy specs on the actual handset. Keep in mind, though, that the MSM7x30 feature set does not define the actual specifications of the G2.

With the rumored launch of the G2 a little over a month away, we’d expect to see more leaks coming down the pipes while we impatiently await more details.

Check out what the Qualcomm MSM7X30 chipset can do in the videos below:

Here’s a link to the leaked ROM, if you’re interested.