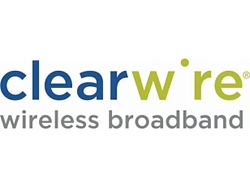 Are you a big fan of Clearwire broadband services, but you hate commitments or paying for stuff after the fact? The 4G/WiMax service provider has just announced that it will be unveiling a pay-as-you-go, more commonly seen as PAYG elsewhere, on Monday. Details of the plan haven’t been laid out yet, but we can rest easy knowing the beauty of contract-less methods of getting our mobile broadband on the go.

Given that Sprint owns more than half of Clearwire, the plans being announced on Monday could be fairly aggressive and include both Clearwire’s 4G service and Sprint’s 3G. The call will begin at 8:30 a.m. Pacific and be hosted by Clearwire’s Chief Commercial Officer Mike Sievert.

Getting both Sprint 3G along with Clearwire’s WiMax or 4G service would be a great deal, especially if its pricing was competitive with Virgin Mobile’s $40 unlimited prepaid mobile broadband plan, Broadband2go.

Samsung: Our Mobile WiMAX solutions reach 200 million people; 300 million by the end of the year

Samsung said that WiMAX networks based on its network infrastructure can now cover 200 million people and that number is...