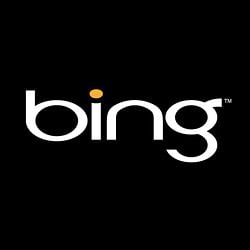 Earlier we reported that Bing has finally launched an Android application, but the only downside was that it was limited to Verizon customers. However, there was no solid word on whether it was exclusive to Big Red. It turns out it isn’t. Let’s not forget that Bing has a partnership going on with Verizon right now, hence the initial availability only for the carrier on Android, but it looks like the folks at Microsoft are working to get that changed.

But that is expected to change over time. A Microsoft spokeswoman told us that because of its search partnership with Verizon, it’s launching on its network first, “However, we’re currently working to make Bing available on the other mobile operators and their Android devices.” Users on other networks won’t see the application in the Android market because applications can be filtered appropriately depending on the audience.

If you’re an avid Bing user, or you’ve come to rely upon Microsoft’s integrated search services, I wouldn’t hold your breath for the Android version on a carrier other than Verizon. Sure, it will hit other carriers eventually, but with future Android devices coming pre-loaded with Bing, it’s going to be pretty hard to say just when that might happen. For now, non-Verizon customers will have to settle for the evil empire’s (Google’s) search and map services.

We're all aware that the launch date for the Samsung Fascinate, Verizon's variant of the Galaxy S, was rumored for...