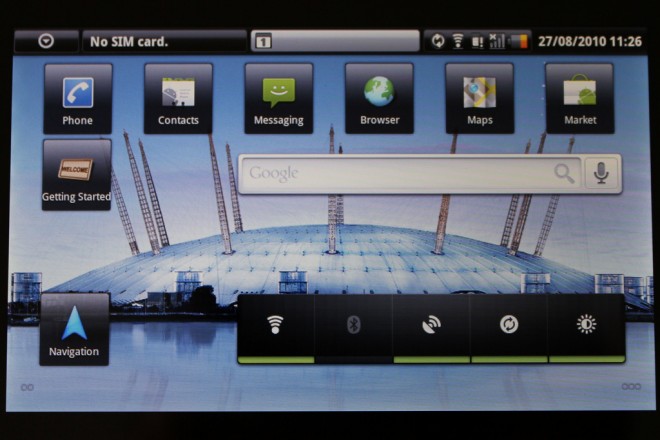 The Dell Streak launched late last month on AT&T, with Android 1.6 to the chagrin of many, but it seems like an update isn’t far away. At least in the UK, O2 will be offering a 2.1 update on September 1st, according to those who had a chance to test the early software. New features include 720 p video recording, multitouch, live wallpapers, and multiple Exchange e-mail account support.

For those unacquainted, the Streak is Dell’s first Android smartphone, bordering on slate form factor with a 5″  800 x 480 touchscreen, Wi-Fi, GPS, 3G, 512 MB of RAM, 1 GHz processor, a rear-facing 5 megapixel camera with autofocus and dual LED flash, and a forward-facing VGA camera for video conferencing. Android 2.1 is a nice addition, but for some, it may just seem like half-way to Android 2.2 (Froyo), with its delicious Flash support, mobile hotspot functions, and a bunch of other smaller enhancements.

Hit up Dell if you’re interested in picking up a Streak for $299.99 on a two-year AT&T contract.

[via The Really Mobile Project]