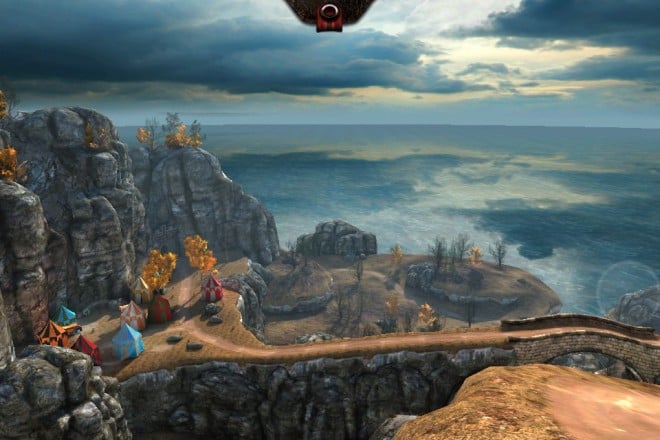 Earlier today, Epic Games took the center stage at Apple’s media event to show off their upcoming title, “Project Sword.”  It looks like that wasn’t the only trick up Epic’s sleeve as they’ve just announced “Epic Citadel” for the iPhone, iPod Touch, & iPad.

Now, don’t get your hopes up too high as Epic Citadel isn’t exactly a game, per say. A small team of Epic’s programmers, artists and testers created Epic Citadel in just 8 weeks and its purpose is to showcase what the Unreal 3 Engine is capable of on the iOS platform. You’ll be able to walk around a fictional town, inside a citadel, and explore the outskirts of the town where gorgeous visuals await at every step you take. You’ll also be able to initiate a “Guided Tour” mode which puts the game in auto-pilot and takes you across the game world to showcase some amazing visuals. There’s a lot of technical wizardry going on while you explore the game world, so be sure to take as much in as possible as I can honestly say this is the best looking app I’ve ever seen on my iPhone 4.

Epic Games isn’t stopping there though. Not only did they release Epic Citadel to show what their Unreal 3 engine could do, but they’re also sharing the technology with developers around the world through licensing. This could only mean that things are going to get very interesting very soon once enough developers take advantage of Unreal 3 technology on the iOS platform.

Yesterday we told you that if you signed up for the Angry Birds beta for Android, you'd receive it on...