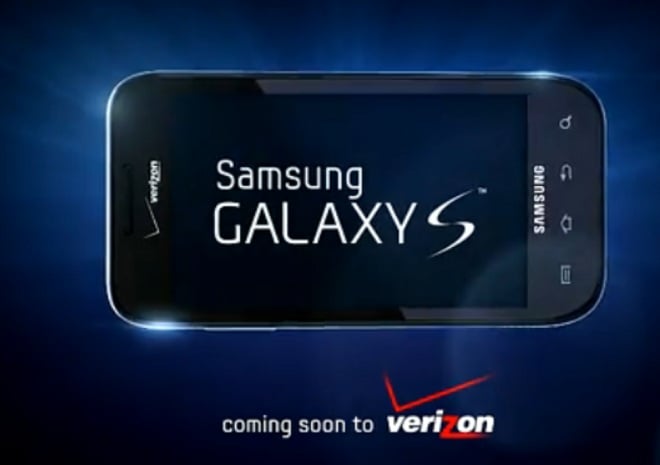 The pieces are all falling into place for the Samsung Galaxy S launch plans, as the Verizon Fascinate is the star of a brand new commercial. This means the Android superphone should be launched very soon.

Like the other Galaxy S Android commercials, the Verizon Fascinate ad starts out with an action scene to emphasize the 4-inch Super AMOLED screen. As we noted with the Sprint Epic 4G, that Super AMOLED is a thing of beauty. The colors are crisp and vibrant and it even works well in direct sunlight.

The Verizon Fascinate should be much like the other Galaxy S Android phones but with a few minor tweaks. Our exclusive photos show minimal hardware modifications and I’d expect Big Red to put on its own software. This should mean V Cast Video, Bing and other apps.

The Verizon Fascinate will also have a 1 GHz Hummingbird processor, a 5-megapixel camera capable of 720p HD video recording, Bluetooth, GPS, and WiFi. There’s no official pricing yet, but most smartphones come in at the $199 mark with a new two-year contract.

The device will launch with Android 2.1 with the Samsung TouchWiz 3.0 user interface. When I reviewed the AT&T Captivate, I found this skin to be quite nice as it made Android prettier and added cool new functionality to the pull-down bar. Some may find it is too similar to the Apple iPhone, though.

So, when will the Verizon Fascinate launch? It’s looking like the Galaxy S Android phone will hit the store shelves Sept. 9 and it could pop up a day earlier online.

With the Droid X, Droid 2, the Fascinate and some upcoming tablets, Verizon is quickly becoming a powerhouse with Android. I wonder how this Samsung device will do though, as most of the people I know outside of the tech industry don’t care about “Android” but they do care about “Droid” phones.

weGet your popcorn ready and check out the ad below.