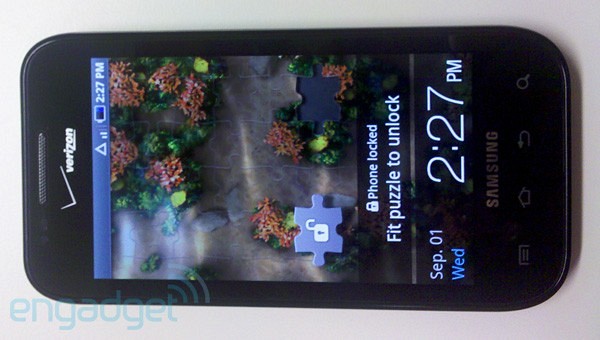 Fans of the Galaxy S series of devices from Samsung can get excited for the Fascinate as it is apparently arriving at Verizon stores now. Well, more specifically the launch kits are now arriving at Verizon stores, which means that we could be seeing the Fascinate any day now. This certainly jives with what we’ve been hearing before about an early to mid September launch, and perhaps just in time without falling too far behind the Captivate, Vibrant and Epic 4G on the other carriers.

Verizon will be training its employees on the device, so when you walk in with all your questions, the reps should be able to help you in making a buying decision.

Judging by other carriers, I’d imagine that the Fascinate would run for $199 with a two-year contract like it’s counterparts aside from the $250 Epic 4G. The Fascinate has a 4″ Super AMOLED capacitive display, 1GHz Hummingbird processor, Bluetooth, GPS and it will also come with a 16GB microSD card courtesy of Verizon.