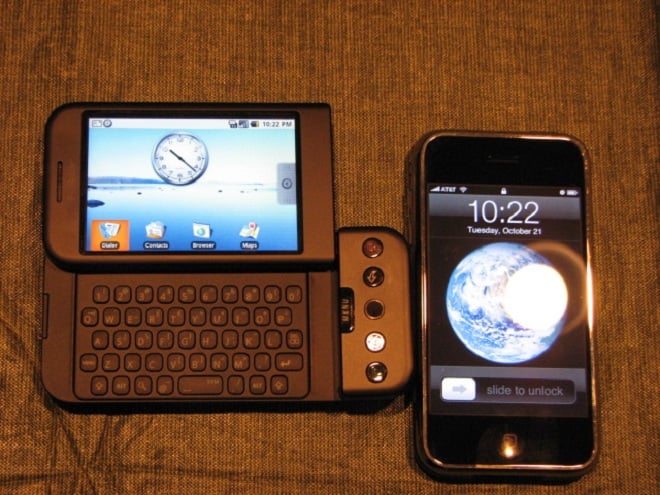 The Apple iOS operating system, which powers the iPhone, iPod Touch and iPad, is really gaining traction among web users and it has surpassed the traffic of Linux and Android users, according to data from Net Applications.

It probably shouldn’t be too much of a surprise, as there are now more than 120 million Apple iOS devices and these are generally heavy web users. The Linux platform has been around for a long time but it hasn’t come close to cracking the mainstream the way Apple iOS has, despite consumer-friendly versions like Ubuntu.

The data said the Apple iPhone, iPod touch and iPad accounted for 1.1% of all devices that accessed the Internet while Linux accounted for less than 1%.

“It’s something to take note of when a mobile operating system passes something that’s been around forever,” said Vince Vizzaccaro, a Net Applications vice president, in a prepared statement. “Mobile’s growth curve is strong and mobile is becoming quite a phenomenon on the Internet.”

The Google Android platform has been gaining steam lately, as the search giant said it has been activating about 200,000 units a day and it recently outsold every other smartphone platform in the United States. Still, the Net Applications data says that Android devices only account for about 0.2% of devices that access the Internet.

“Whatever the sales are, we’re seeing iOS totally dominate the market on the Web,” Vizzaccaro said. “iOS has nearly a 6:1 advantage over Android.”

Things could swing in Android’s favor over the next year or so, though, as we’re ready to see a plethora of new devices running that little, green robot. The Samsung Galaxy Tab is the first of many tablets that we should see flood the market and this could help Android get a big boost. The Google OS will also power a slew of new smartphones and connected devices.