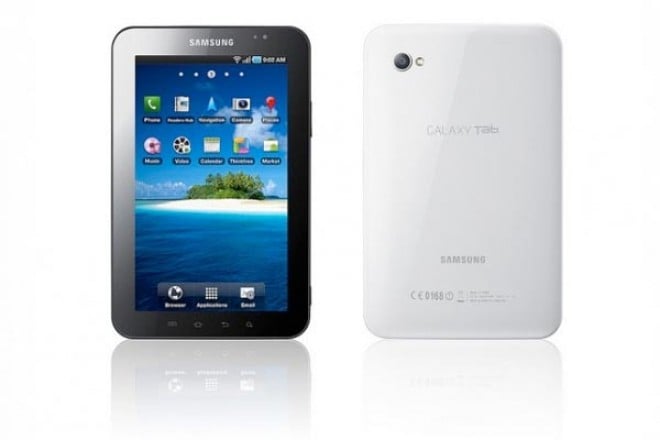 It’s been a big week for the Samsung Galaxy Tab, as we’ve seen it officially announced, get some ridiculous rumored pricing and now we’re hearing that the tablet may be hitting up Sprint sometime in November with 4G inside.

If the trend continues, I wouldn’t be terribly surprised if we see this thing pop up on T-Mobile. As of right now, the closest thing we have to the Tab coming to a carrier is Verizon. When the tablet stopped by the FCC, it suggested that we may be seeing the tablet headed for AT&T as well, which only strengthens our belief that Samsung is going the way of the Galaxy S and will try to get the Tab out onto all four major U.S. carriers. Everything is rumored at the moment, but it all makes sense.

If Sprint does indeed get the Galaxy Tab, we can expect it to come with 3G and 4G support, yet again one-upping the competition when it comes to Samsung devices. The Epic 4G certainly outshines all of the U.S. variants, as it comes with a full slide-out QWERTY keyboard, as well as the front-facing camera that is noticeably absent from all other U.S. versions of the device.

Who let Sprint get all the good sh*t? As the rumor goes, we can expect the Android tablet to hit sometime this November, and we’ll have to wait and see if this comes true, as it will certainly be a win for the carrier.

What we are worrying about is the pricing of the thing. Though unconfirmed, the Galaxy Tab was pegged at a ridiculous price range of $895-$1295! That’s way too much for the 7-inch tablet, no matter how nice the device is. At that price, they should have at least given users the Super AMOLED display found on the Galaxy S. Carrier subsidies will certainly lower the pricing but that will probably only bring it to the iPad range – we’re hoping Samsung comes out and debunks the outrageous rumor for their device.

If the Samsung Galaxy Tab does end  up going to Sprint for a ridiculous price,  I wouldn’t worry too much. We’ve got other Android tablets to look forward to come November.