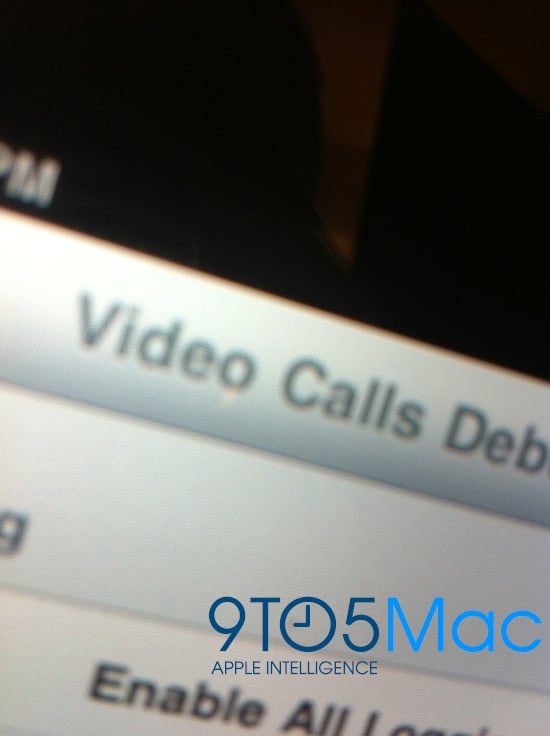 No doubt Apple is pushing its FaceTime application out to other devices. The fourth generation iPod touch finally received the long-rumored front-facing camera and along with it FaceTime support over WiFi. With the iPod touch 4G now joining Apple’s lineup, the company from Cupertino now has two devices with FaceTime and it would be foolish to not make it a trio by including the iPad in this group. While I can’t say with any certainty that this screen shot is from an actual iPad, I do think it is very likely the next generation iPad will have a front-facing camera. I also think it is equally possible that Apple is now field testing a camera-packing iPad with FaceTime.

So now the hunt for this device and its video calling begins. Developers with time on their hands should start combing through the iOS source code for corroborating evidence. Likewise, Ad networks and website owners should start pouring over those usage logs to see if they can spot this device in the wild. First one to spot and post about their finding shall receive the gratitude of the tech community and the ire of Apple’s head brass.

While folks in the US are enjoying this Labor Day weekend, EA Mobile is reducing the price on its Hasbro...