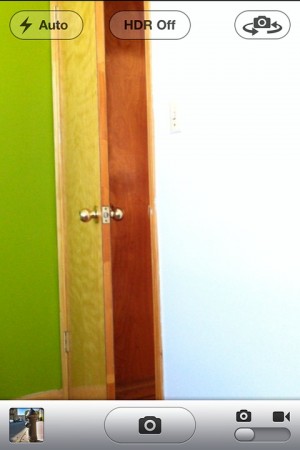 With today’s release of iOS 4.1 for the iPhone, a new HDR photography feature was included with the camera software. For those of you unfamiliar with HDR, it stands for “High Dynamic Range.” It’s a style of photography that can capture great detail in scenes and areas where there is a wide range of available light – from very little to way too much in a single frame. The idea is to capture these frames the way our eyes would see them. Without any fancy apps or additional equipment, your iPhone can now capture HDR photos at the touch of a button.

Since the introduction of touch-metering on the iPhone 3GS, where you can tap on the screen to adjust the light metering of the photo, taking the pictures we wanted became easier. Taking a picture of your friend but the lighting behind her is too bright? Tap on your screen where your friend is and she’ll immediately come to focus. The only problem is that the backlighting is now blown out and all details – except your friend – are lost.

iOS 4.1 with HDR fixes that problem. 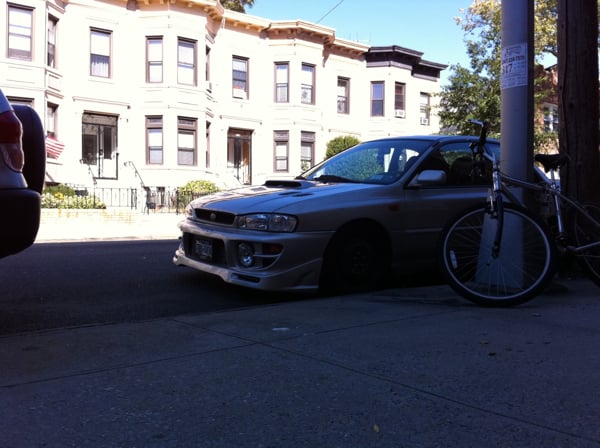 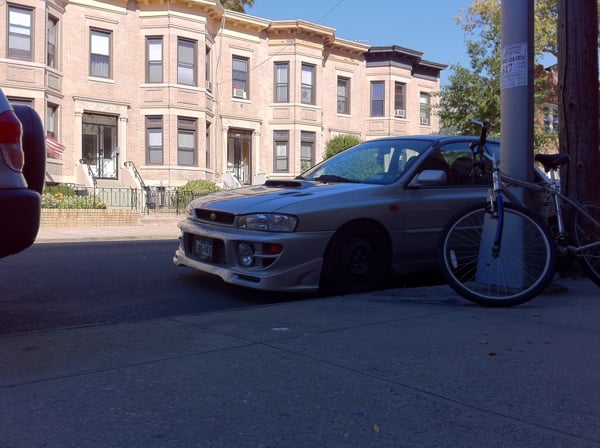 The first photo above illustrates a frame where there is a high dynamic range of light–there is very bright light, and very dark shaded areas. With HDR turned off, we get all the details of the car and the sidewalk, but the buildings behind it are washed out with sunlight. When HDR is turned on, as shown in the second photo, the details of the car and road are retained, while the buildings and sky behind it are darkened and the details can be seen.

Here are some other examples of photos with HDR turned off, and then on again from the iPhone 4: 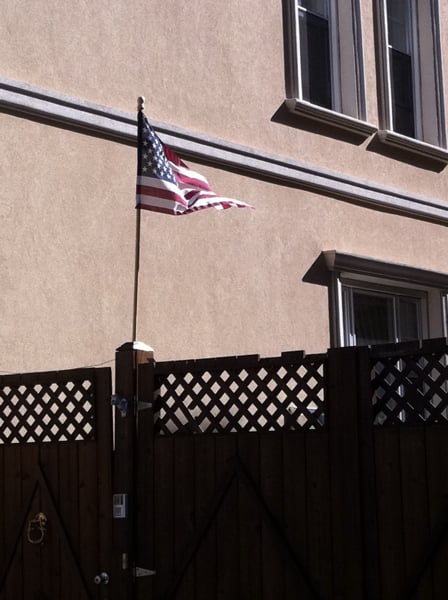 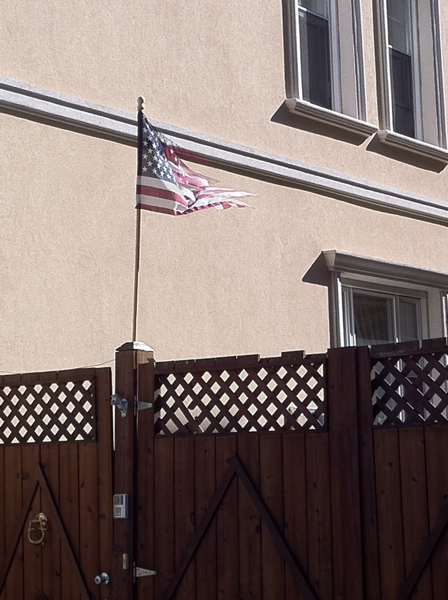 In the images above, the details on the gate are lost when the iPhone 4 meters off of the bright wall. The second photo, with HDR turned on, fixes this problem. 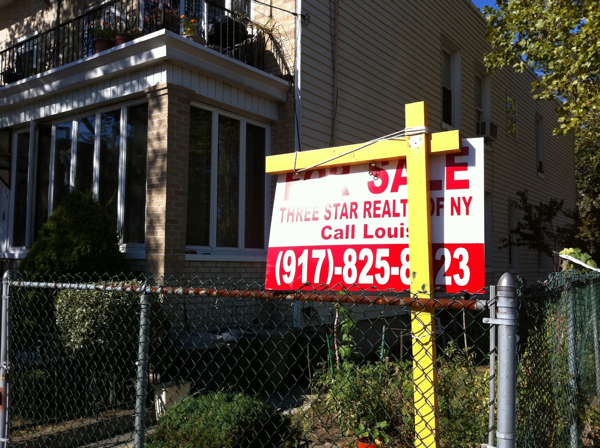 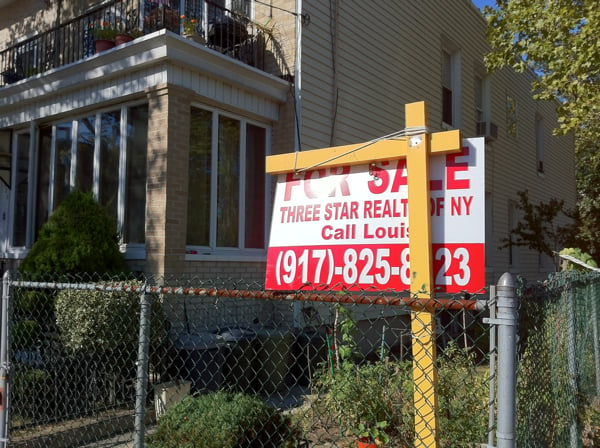 The first image above loses detail around the house because of the bright light reflecting off of the sign. The image below where HDR is turned on fixes that problem, and the lighting and detail all around are a bit more balanced.

Overall, it looks like HDR for the iPhone on iOS 4.1 is a good improvement for taking photos in areas where the range of light is huge. If you’ve been taking HDR photos for a while now, or you’re accustomed to taking them with dedicated apps in the iTunes app store, you might not think this is a big deal. Or you may think that the images produced by the iPhone aren’t all that great.

I happen to think that HDR photography can sometimes get a little extreme, and sometimes photos look surreal or unnatural. This is great when it’s the effect a photographer is trying to achieve, but sometimes the glow and haze that can sometimes be produced by HDR photos make them look too doctored.

Below is an example of this, taken by the Pro HDR app on the iPhone on automatic mode (the app decides on the metering): 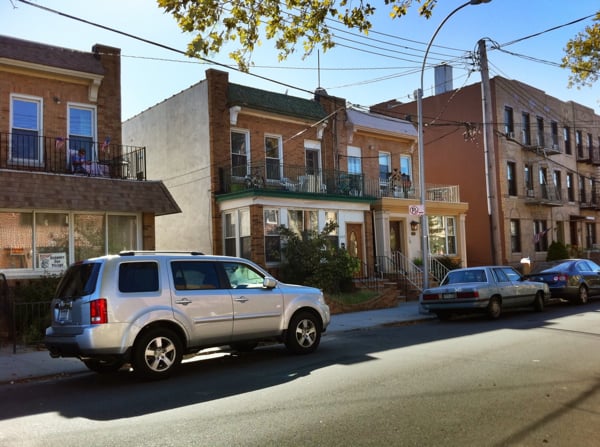 As you can see, the image is full of detail and the overall lighting is well-balanced. You can tell based on where the sun is, and the dark shadows on the ground, that the image would otherwise have been washed out by intense sunlight. Instead, we can see the cars and the faces of the buildings clearly. However, there is a certain glow around edges of the buildings because of the intense light.

To further illustrate the glowing effect, take a look at the three images below. This time, I metered the images manually to show the extremes: 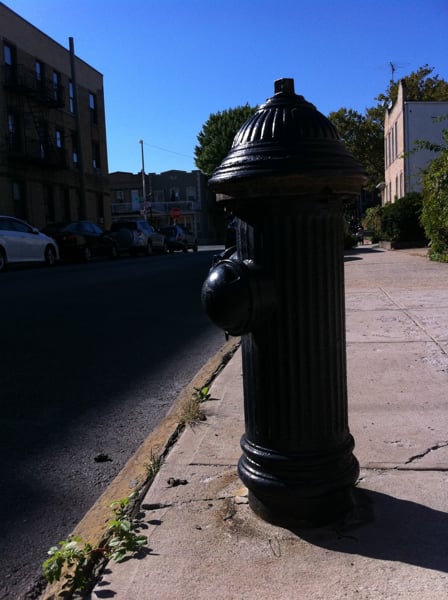 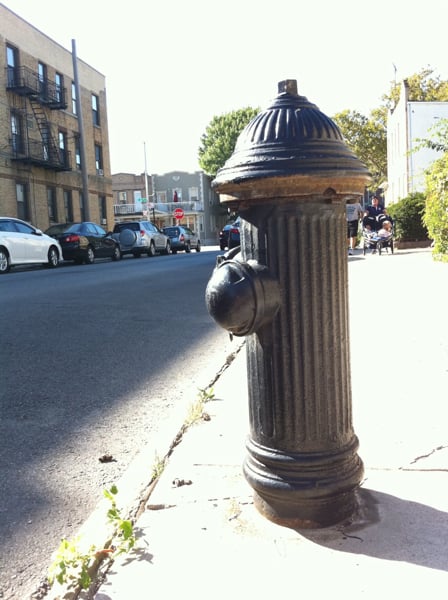 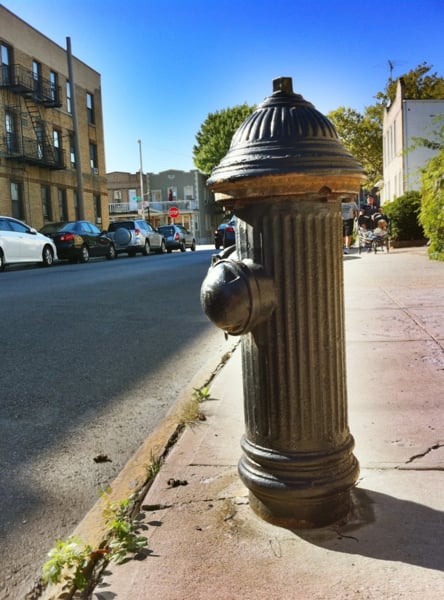 The first image is under-exposed to get the true color of the sky and some of the foliage in the background and on the ground. The second image is over-exposed so you can see the cars and the details of the fire hydrant. When the Pro HDR app blends the two, you can see a glowing effect around the areas where it is difficult to completely blend the extreme exposures. Sure, the result is a cool picture, but if a glowing fire hydrant and sky wasn’t your intent, it’s a bad photo.

In that respect, I think that the software that Apple employed for the HDR feature in iOS 4.1 is spot on for everyday photography. It’s not extreme, unlike the app I showed above, but it does just enough so that critical details aren’t lost in photos, which is ultimately what we hope for when we take pictures when our camera phones anyway, isn’t it?

iPhone 3GS, not iPhone 4, to land at T-Mobile later this year?

Place this one in the " I will believe when I see it" category. According to Chris Anderson of Wired...