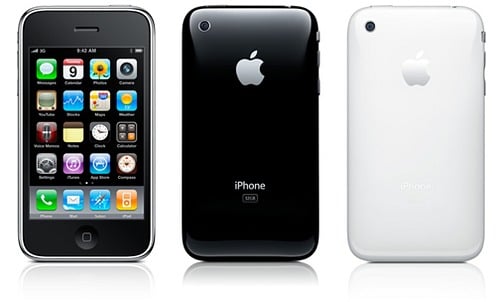 Place this one in the ” I will believe when I see it” category. According to Chris Anderson of Wired Magazine, a T-Mobile manager casually mentioned to him that T-Mobile will be getting the iPhone 3GS later this year. While the iPhone rumor has come a gone a few times, this is the first time the iPhone 3GS has been rumored to hit Magenta this year. It takes a stretch of the imagination to believe that this may materialize, unless, of course, rolling back to the earlier model is Apple’s strategy for handling its iPhone 4 antenna issue.

Seriously though, I highly doubt that T-Mobile will be offering the iPhone 3GS anytime soon. Even the iPhone 4 is a long shot as we have not heard any credible rumors to suggest Apple is prepping an iPhone with T-Mobile’s 1700MHz 3G band. Unlike the CDMA iPhone rumors which are detailed and come from major players like the Wall Street Journal or Bloomberg, the bulk of the T-Mobile rumors are vague and originate from a store manager or a store employee. Interestingly enough, the one carrier not rumored to be getting the iPhone is Sprint; make of that what you will.

Of the four major carriers, T-Mobile is least likely to snag the iPhone and break the stranglehold AT&T has on Apple’s popular smartphone. T-Mobile is the #4 carrier and has neither the customer base nor the 3G coverage of its larger competitors. If Apple wants to continue its exponential growth, it needs to partner with Verizon and offer a CDMA or LTE variant of the iPhone. Anyone willing to wager on this T-Mobile rumor or is Verizon a lock to get the iPhone?

Apple iOS 4.1 Released to the Masses

We've been waiting for what seems like ages, but iOS 4.1 is finally here and it brings along some greatly...