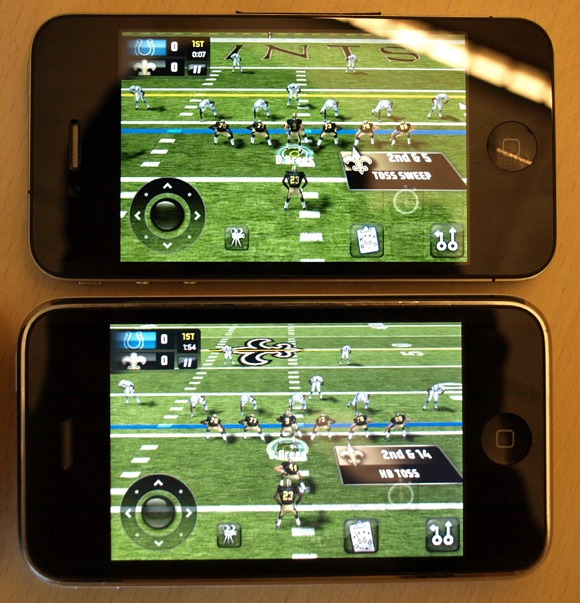 Yesterday, Apple released iOS 4.1 and fixed many bugs with the iPhone and brought along new features like HDR photography and the ability to rent or purchase TV shows and movies in iTunes. Perhaps one of the bigger features added was Game Center, an application that allows users to befriend other iPhone gamers and earn achievement points as well as challenge each other to games. With a growing selection of Game Center compatible games, Nintendo and Sony should take notice.

It’s no surprise to both Nintendo and Sony that Apple is really making a big dent in the handheld gaming market with the iPhone. App developers are making increasingly better games which take advantage of the phone’s new features, like its gyroscope, accelerometer and capacitive touchscreen. The popularity of Game Center was evident when I mentioned my username on Twitter, and within minutes I had dozens of requests coming in.

“With casual gaming dominating the market, the iPhone is starting to give the traditional hand-held DS and PSP models a run for their money and will likely continue into the future,” iSuppli researcher Pamela Tufegdzic said. Revenue from hand-held gaming units is estimated to be little changed between $5 billion and $6 billion this year, iSuppli said.

While the Nintendo DS and the Sony PSP are fun gaming handsets, some users find that paying for a separate device and additional games isn’t worth the cost.

“It’s not worth having a hand-held,” said Batch, who spends about 2 euros a month on mobile-phone games and tried out Sony’s Playstation Portable at the Gamescom fair in Cologne, Germany, last month. “I have an iPhone and when I want to play, I download something from the app store.”

There is also the convenience of downloading apps from the iTunes App Store while on the go for iPhone users.

It isn’t just the iPhone that portable gaming makers need to fear, but it’s the iPad, too. Apple sold 3 million iPad tablets in its first 80 days, and to date over 4 million have been sold. There are 25,000 dedicated apps for the iPad and many of them are very popular games.

Both Nintendo and Sony may need to rethink their strategy when it comes to the portable gaming market, or smartphones and tablets could easily eat into their sales and profits.