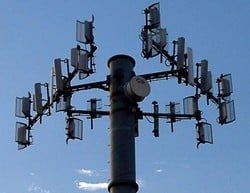 AT&T is surely delighting New York City users as coverage has gradually improved over the last few months with an 850 overlay. The 850MHz band employed by AT&T is now being used for 3G data transmission, and this is important because that particular frequency travels farther and penetrates buildings a whole lot better than what has been in use before – the 1900MHz band.

Now the load is handled by two frequency bands rather than one, which is only going to be helped by the fact that AT&T is also adding more cell sites to NYC as well as some areas in New Jersey.

Last year, I couldn’t make a phone call, send a text message or access data even when my iPhone 3GS was showing a full signal. As early as this spring, all of that started to change. Now, there are areas in the city where I’m seeing better coverage and data speeds than my friends on other networks, so AT&T is definitely making a difference. Now with my iPhone 4, notorious for having a fickle antenna, I seem to be getting even better coverage and speeds.

It also helps that AT&T has launched Wi-Fi “hotzones” in areas of NYC like Times Square, where the density of users have been putting a massive strain on the network. With Wi-Fi aiding and alleviating that issue for heavy data usage, making phone calls and sending text messages doesn’t have to be such a pain. Best of all, many of these Wi-Fi zones in the city are free, or free for current AT&T customers. Let’s also not forget that Starbucks is now also offering totally free Wi-Fi across the nation as well.

Watch the video below for a brief explanation of what’s going on, and what the carrier plans to do within NYC and eventually the rest of the nation. I know San Francisco could certainly use a lot of work.

I had some time over the long weekend to swing by the Bell store and compare the Super LCD screen...