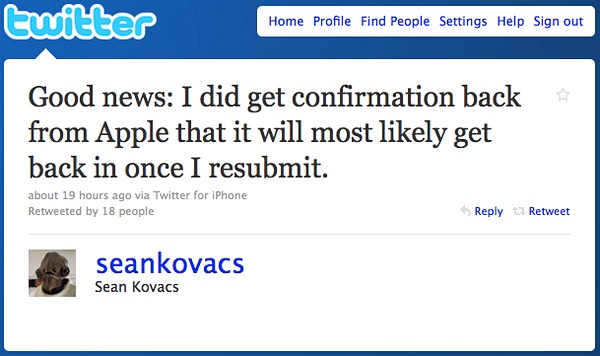 Yesterday we became a little ecstatic when we heard Google Voice might be making its way back to the iPhone. Sean Kovacs, developer of GV Mobile, said yesterday that he was encouraged by Apple to re-submit his application to the app store. According to Kovacs, the new rules and terms for the app approval process showed no signs of keeping his GV Mobile app from getting approved.

Apple did get back in touch with Kovacs and said that if he were to re-submit his app, it is likely that it will get approved once more for the iTunes App Store. Additionally, Kovacs said that he would work on making the app free, and that he was working with Apple to get GV Mobile back under its original name so he wouldn’t have to call it anything else.

FaceTime to shed its mobile roots, land on Mac OS X and Windows?

Fresh from Mac4ever is a rumor that suggests FaceTime is coming soon to both Mac OS X and Windows. This...