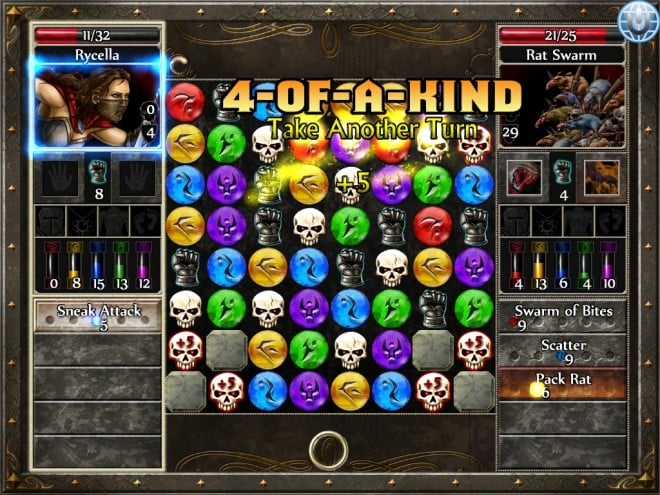 D3Publisher’s Puzzle Quest was one of those games that seemed to have popped out of nowhere and yet it created such an impact with anyone that’s played it to this day. TransGaming took charge of bringing that experience to the iPhone platform, but, ultimately, the game didn’t capture the same ambiance as other versions of the game on different platforms.

With Namco at the reigns of delivering the sequel to both the iPhone and iPad, could iDevices everywhere finally be getting a Puzzle Quest experience as good as the original? I was given the opportunity to play Puzzle Quest 2 for many, many hours and I can tell you iPhone and iPad gamers everywhere should keep this game on their radar. 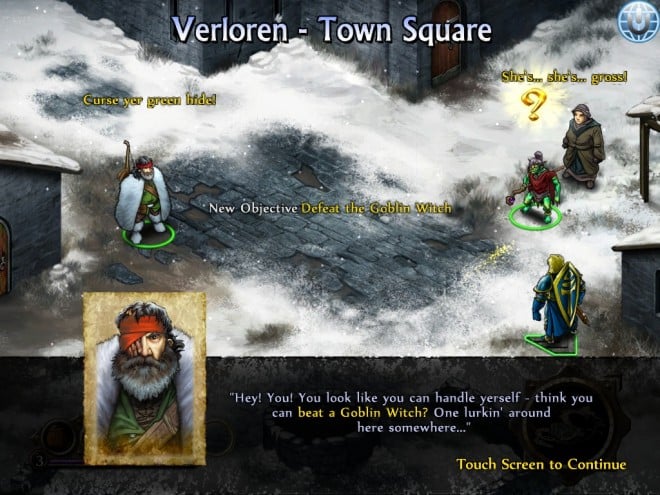 Puzzle Quest 2 for the iPad for the most part plays exactly as the original source material. All of the artwork, sounds, and effects are all accurately replicated in the iPad version, although I believe the game looks better on the iPad due to the increased resolution of its screen. It starts off with having the player choose one of four selectable character classes: Assassin, Barbarian, Sorcerer, and Templar. Each character class has its own strengths, weaknesses, and spells that can be cast during combat and each character class also has male and female versions of the class.

Once you’ve created your character, you’re then thrust into the opening cinema, then into the game itself. The first thing Puzzle Quest players will notice is how completely different the game world looks and plays in the game – gone is the map with points of interest and enemies sprinkled across various locations in lieu of a tilted overhead camera view of your character making their way through the game world. I found this improved the overall feel of the game, as I felt closer to my character and the people, places and enemies they faced. 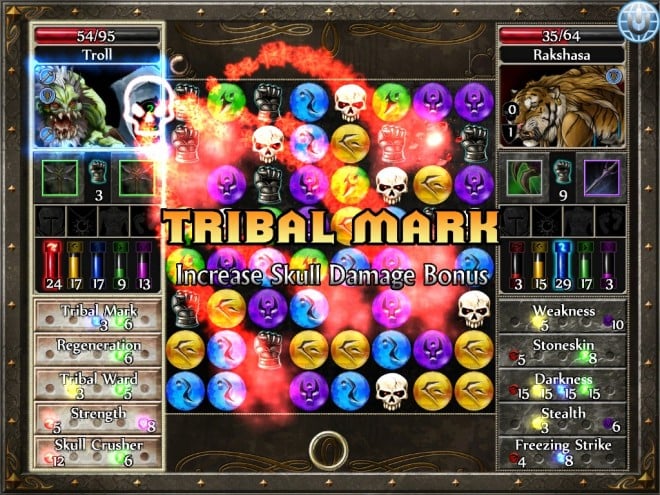 Puzzle Quest 2 does an excellent job of easing players into the game with a descriptive tutorial when anything new comes into play. Players should not have any problems understanding how to play the game properly within minutes of getting into it.

One of the first things it has you learn is its combat system, which for the most part has been unchanged from Puzzle Quest except for a few improvements here and there. At its core, the combat system is a “Match-3” puzzle game: In order to attack your enemy, you’ll need to match 3 or more skulls. You’re also able to cast a number of spells by gathering mana from the game board. One improvement to the combat system is the inclusion of attack gems which look like leather gloves. By collecting enough attack gems, you’ll be able to attack with a weapon you currently have equipped. 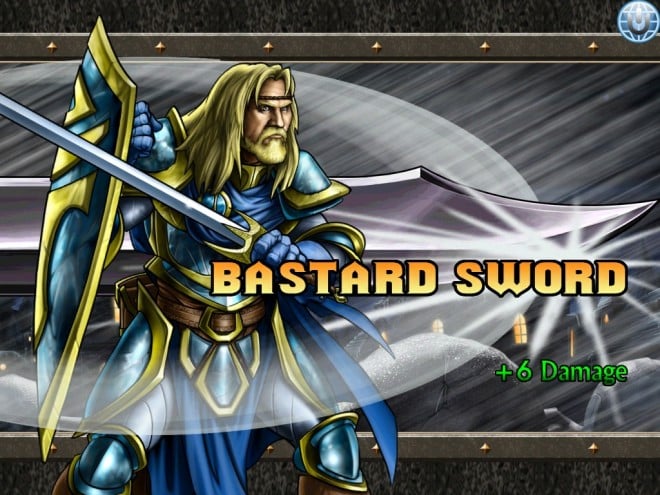 Puzzle Quest 2 for the most part performed very well on the iPad, although I did notice a bit of slowdown during particular moments during my play time. If you or your enemy attack with their weapon, the game takes a second or two to render the large graphic to show the attack. Besides that moment, the game performed as well as it does on the Nintendo DS.

Bringing this game to the iPad makes sense as the game’s overall interface was meant to be played with a touchscreen device since all Puzzle Quest games have debuted on the Nintendo DS. In my personal opinion, I believe the iPad is an ideal platform for this type of game not only for its easy to use touchscreen, but also you can appreciate more of the intricate details of the game. Puzzle Quest 2 is a game I can’t wait to play all over again when the game its released later this year.

The last we had heard in mobile app research was a forecast that there would be 25 billion downloads by...