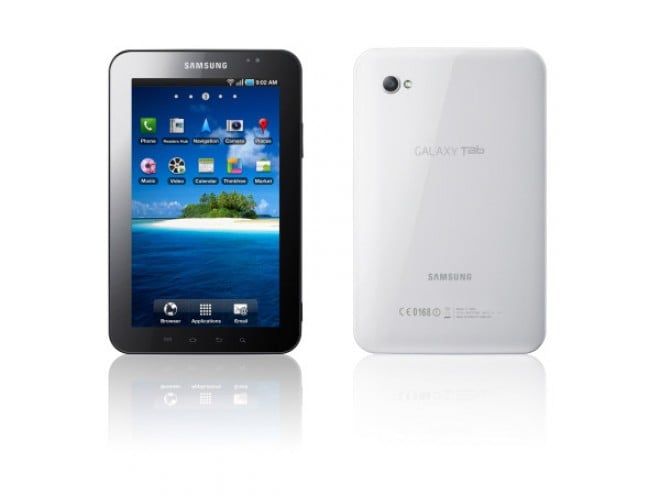 While we know that many upcoming Android tablets may not sport the application marketplace, there were even more worries if applications developed for the platform would even run efficiently on a screen larger than a smartphone. It looks like applications, if available on the tablets, should run rather well.

We know that Android 2.2 Froyo, the OS version of many upcoming tablets, is not specifically optimized for large screens. Gingerbread and Honeycomb will have tablets in mind and will likely be an overall better experience for larger screens. While we know that not many Android tablets will actually ship with the Android Market, many thought the reason behind this is because the applications simply would not run or operate correctly on a larger screen. But for the most part, it looks like apps will run rather well.

Tim Bray, an Android developer, wrote a post concerning the Samsung Galaxy Tab, and how it will affect future development,

The recent announcement of the Samsung Galaxy Tab should be a wake-up call for Android developers. What’s scary is that we’ve never seen a screen like this on an Android device before. What’s reassuring is that most apps Just Work (in fact, a lot of the ones I’ve tried so far have looked terrific) and the potential problems are easy to avoid.

We’re happy to hear that many apps “just work” on a larger screen, and Bray offers some helpful tips on how to optimize an application to be more tablet-friendly, as well as things to avoid when developing applications with tablets in mind.

Will the introduction of Gingerbread or Honeycomb allow certain tablets that fit the requirements to gain access to the Market once updated? We’re not sure, but we have good reason to believe that Google has at least some sort of plan. The tablet makers who have been able to get their products out in the market the soonest have side-stepped potential issues but making big Android phones, like the Dell Streak and the Samsung Galaxy Tab. GPS, accelerometer, and other specifications found in many smartphones allow these tablets to get away with having the Market. But this also brings something else up that people may not be too happy about.

If the only sure-fire way to give a tablet access to the Market is to basically make it a big phone, expect most upcoming tablets with the Market to be tied to a wireless carrier. If this is true, it will be quite a give and take. On one hand you have a tablet that gives you access to over 80,000 applications, but on the other hand, you’re likely to pay for a data package with said tablet.  That may be worth it for many people, but some will just want a Wifi-only option.

Keep in mind this is nothing but speculation, but I wouldn’t be surprised in the least bit if most Android tablets to come out this year will be tied only to a carrier without an outrageous price.

If you’re looking into getting an Android tablet in the future, would you mind having to pay for a data plan and being tied to a wireless carrier if it means you get access to the Market?

Apple has sold millions of iPads, and some would call that a success, at least a business success, especially since...