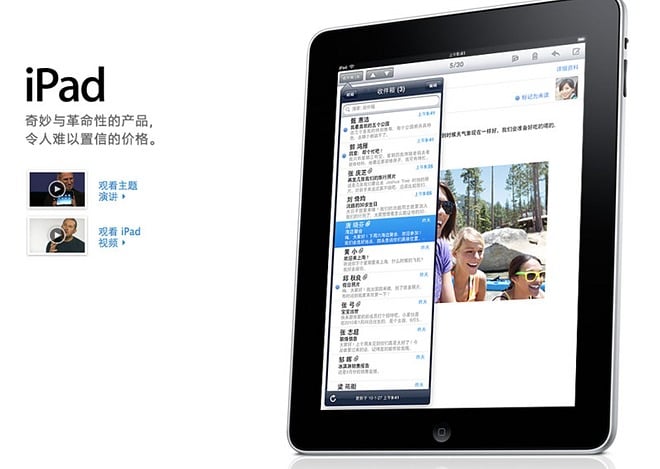 Apple has announced that it will finally be selling the Wi-Fi model of its iPad tablet in China on September 17. Apple has sold over 4 million iPad tablets to date, and plans to continue rolling it out to other countries this year. In China, the Wi-Fi iPad will sell for CNY3988 for 16GB, CNY4788 for 32GB and CNY5588 for 64GB.

Earlier this July, there was word that Apple was in talks with Chinese PC maker, Founder, for distribution of the iPad. However, the official announcement made no mention of Founder and whether it was going to play any role in the launch.

Apple is continuing its expansion in China as it opened a megastore in Shanghai earlier this year. Given the huge market in China, the Cupertino-based company is also looking to add another 25 stores to the country in the future. Clearly, building a brand and growing in one of the world’s largest electronics markets will be a huge asset to Apple.

For the full press release, see the next page.