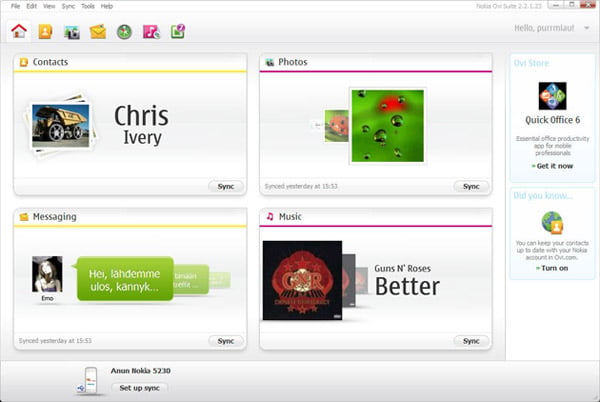 A new version of Nokia Ovi Suite has been released. You can either download it from www.ovi.com/suite, or – if you already have Nokia Ovi Suite installed on your computer – update the software by selecting “Tools” > “Software updates” in the menu bar. Actually in the latter scenario (if you have it installed), you’re probably already running the latest version of Ovi Suite.

This is a minor version update (version is 2.2.1.23) that includes the following:

The blog post (where the new version of Ovi Suite is announced) ends with the call for user feedback and with the promise that the new version, for both Mac and PC users, will be released in the near future…