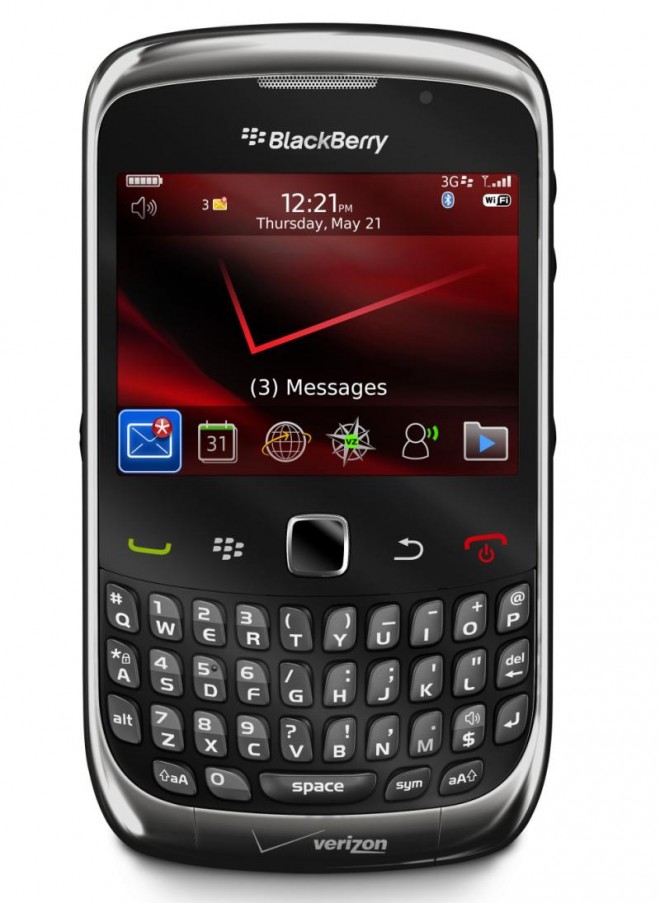 We knew it was coming, and as expected, Verizon has confirmed that they’ll be offering the BlackBerry Curve 3G 9330 on September 16 in “charcoal” and “fuchsia red”. The BlackBerry Curve 3G 9330 is RIM’s entry-level smartphone, so don’t get too excited. Specs include Wi-Fi b/g (no n, like the 9300), EVDO 1X 3G, GPS, 256 MB of memory, 624 MHz processor, QVGA display, and a 2 megapixel camera without flash or autofocus.

Anyone who has been seriously looking for a phone like this within recent memory will probably have already picked up the 8530, which also has 3G, Wi-Fi, and GPS, but maybe BlackBerry 6 compatibility is a big deal for you. The forwards compatibility will keep RIM’s lower-end smartphones on the shelves for awhile longer, and it’s also good news that RIM’s keeping CDMA upgrades up to pace with GSM devices, as opposed to taking 6-8 months like usual.

There was no mention of price point, but don’t expect to be breaking the bank with the BlackBerry Curve 9330. Looks like it’ll be going for $29.99 on a two-year contract after rebates. Take a look at our review of the BlackBerry Curve 3G 9300 to get a good idea of what to expect.