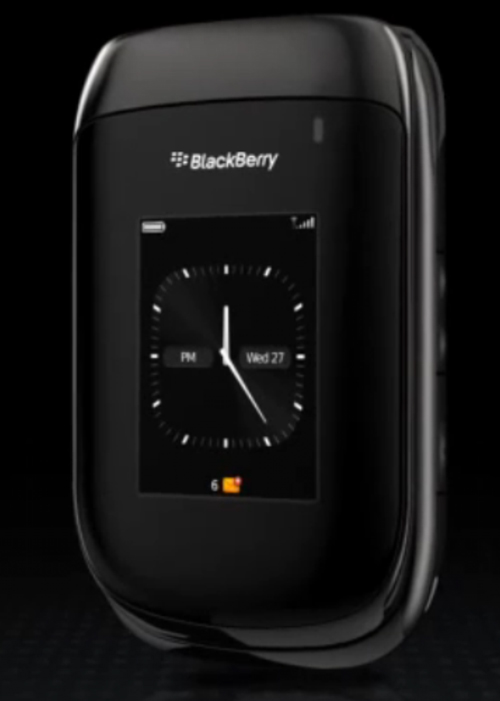 On top of rumours of getting a refreshed BlackBerry Bold, both Bell and Telus may be getting the clamshell known as the BlackBerry 9670 Style in the first week of November. That’s not too far behind the rumoured launch of the BlackBerry 9780, and combined, the two should do a good job of keeping the BlackBerry Torch company. This rumour isn’t backed up with any documents, so take that November date with a grain of salt.

We’ve seen quite a bit of this smartphone so far, and have gathered that it will run BlackBerry 6, have a 5 megapixel camera, 4 GB of on-board storage, 512 MB of application memory, have an HVGA display paired up with an external notification display, Wi-Fi b/g/n, 3G on EV-DO and GPS. It’ll be especially interesting to see on Bell and Telus, because it feels like their CDMA network has been gathering dust while they’ve been playing catch-up with HSPA devices. Besides, if Sprint is getting it anyway, and Bell and Telus have a supporting network, they might as well take advantage of a phone that Rogers can’t get.

As for the device itself, a lot of people think it’s just a big ol’ uggo, but I’m not overly bothered by the form factor. It’s a unique departure for RIM (which I can’t help but applaud, considering how similar the rest of the company’s handsets look), and that external display can be really helpful for at-a-glance information.

What do you think Canada, is this something you’d pick up?

We already know that Vodafone UK is picking up the refreshed BlackBerry 9780, but another glimpse at internal inventory shows...