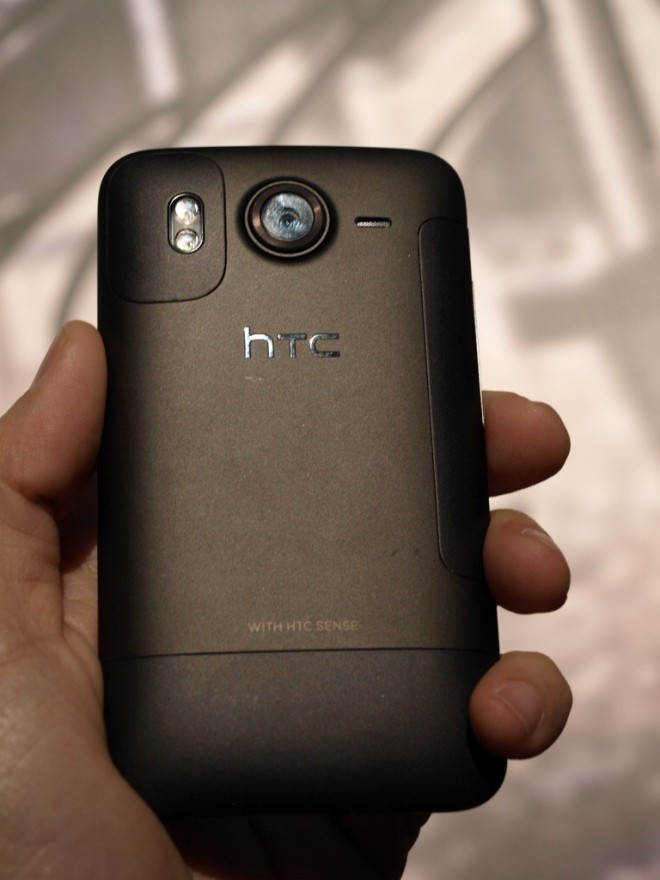 If you’ve been following Android, you’ll be more than familiar with the HTC Desire HD as the evolution of the big-screen Android superphone. Today, HTC officially unveiled the HTC Desire HD to the world, showing off the phone’s 4.3-inch display, its 8-megapixel camera and the all-aluminum casing. But, there’s so much more to the new DHD. It’s outfitted with HTC’s new Sense UI, which takes all the greatest parts of Android 2.2 Froyo and integrates them into a seamless user experience. There’s also the uprated internals that make the DHD fly – it’s so fast that it almost seems like the phone pulls up menus and registers button presses before you actually tap your finger on the screen. So, of course we had to go hands-on with the Desire HD.

The first thing you’ll notice when you put hands on the HTC Desire HD is the slim, solid feel. The entire phone is crafted from solid pieces of aluminum, similar to the way the HTC Legend is constructed. That makes a big difference when holding the device. Then, once you’ve gotten over your wonderlust for the sheer sexiness of the device, you’ll probably notice that every action responds immediately. This phone is fast, freakin’ fast. The 1Ghz processor works with the increased 768MB of RAM and the speed-optimized Android 2.2 Froyo OS to make the user experience simply sublime. The next-generation Qualcomm Snapdragon 8255 processor sports a larger cache and a second-generation GPU that works together with the speed-optimizations in Froyo to make the DHD noticeably faster than any other Android phone we’ve ever had the pleasure of using.

HTC also blessed the DHD with a new Sense UI that works with HTCSense.com to make it easy to locate your phone when it’s lost, send a text message or phone call to the phone, or simply wipe the data, if it’s lost for good. You can also browse your text messge history through a browser, pull up location info, then push that info to your phone from the desktop. That’s cool. What’s more, you can pre-download map data to use with HTC Locations, the new GPS navigation service that doesn’t need a data connection to pull down map data – since it’s already on the phone.

And, with the new 8-megapixel camera, you don’t just get dual-LED flash, you also get a larger image sensor that allows each pixel to capture more light than before. The camera interface is also revamped, giving you quick access to oft-used features. You’ll also notice a little “magic wand” icon that brings up the photo effects feature of the camera.

Overall, the Desire HD is one impressive Android phone. With the rock solid in-hand feel, speed optimizations, and the upgraded camera, the DHD (and any subsequent carrier variants) is the Android phone to watch for the rest of 2010. The only thing we can find wrong with the DHD is that it won’t make it stateside in DHD trim (G2 is a different story). We’ll have more coverage soon, stay tuned!