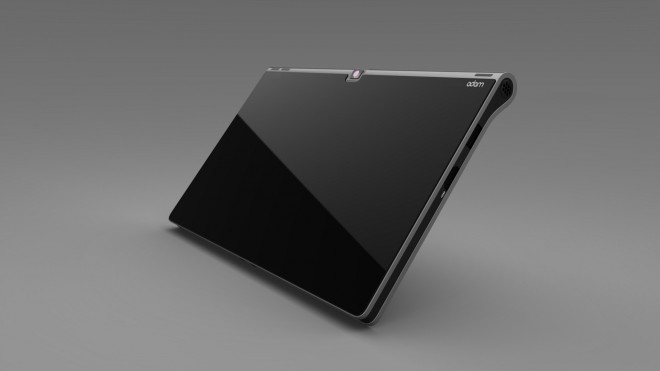 One of the most anticipated upcoming Android tablets is Notion Ink’s Adam. Featuring a 10-inch Pixel Qi display and connectivity ports galore, there’s yet to be another tablet to rival the Adam in terms of specifications. The Adam has faced a handful of delays, but today we were very, very pleased to hear that the tablet hit up the Federal Communication Commission earlier than expected.

According to the Notion Ink blog, they are under a new time table and the Adam will shoot for FCC certification a full week ahead of schedule. While we still don’t know when that will be, we’re glad to see the Adam get some sort of break. The post says that we will hear more about the software side of things sometime in October, so the projected November release is starting to sound more and more believable. The blog post also shares some more details that we hadn’t been aware of before.

The Adam will have a replaceable battery, which should be pleasing for many to hear but you might not even need of if the promises battery life holds up. The tablet will also sport a dedication LED on/off button, allowing the user to turn of the back light of the screen if it’s not needed. Giving the user control of this will benefit greatly over having the system handle it for you, or having to dig through menus to get to the option.

I’d say there will never be an iPad killer, as there has never been an iPhone killer, but there’s enough room for more than one platform to win and the closest thing to iPhone/Pad killer will be a iPad alternative … that happens to be better in almost every single way.

With the Adam’s hardware specs, we’re hoping the software doesn’t completely tear out the Android experience as we’d seen on some other tablets. In either case, there’s no way I won’t be getting this NVIDA Tegra 2 -toting Android based tablet.

While I wish the Adam was somewhat smaller, like the Samsung Galaxy Tab, the features alone are enough to deal with the extra weight. In fact, even with the 10.1 inch display, the Adam is still lighter than the iPad. Just by a hair, but with so much more hardware features and slightly more screen real estate, we’re rather impressed.

The Adam is on its way, and I know I’ll be getting one the day it comes out. Anyone else thinking about grabbing this bad boy?