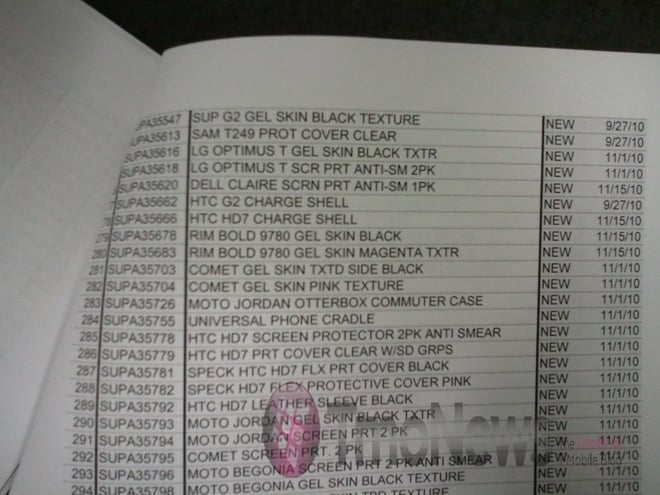 An accessory list for T-Mobile reveals several upcoming handsets including the rumored HTC HD7 and the BlackBerry Bold 9780. This latest leak matches up with the previous roadmap leak which has proven to be fairly accurate at identifying upcoming handsets. The exhaustive list of handsets and the expected arrival date for their accessories include the following:

Remember that these dates are for the accessories and mark when they will arrive in stores. They are not the launch dates for the handsets. The handsets may arrive slightly before or slightly after these target dates. With all these handsets and accessories slated to land in the next few months, the holiday lineup for T-Mobile is shaping up nicely.