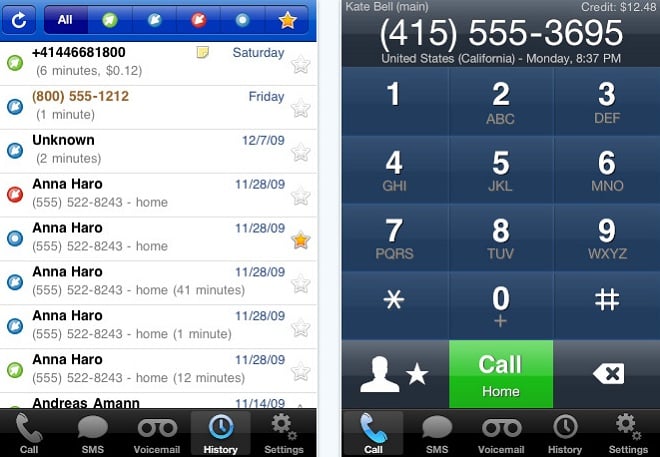 We knew it would only be a matter of days, but a Google Voice native app has been approved for the Apple iPhone.

To be clear, this isn’t the official version from Google, as it is called GV Connect but it should enable you to have full access to your Google Voice account on your Apple iPhone 4. It better, as it costs $2.99 and we’ve had problems directly downloading it to the device – we had to buy it on a computer and sync it over.

The GV Connect program said it will enable you to interact with your Google Voice account much quicker than with the web-based version from Google. I have to admit that the lack of a robust, native Google Voice program has been a major hindrance to me switching over to an Apple iPhone, as the native Android experience is phenomenal.

The GV Connect app being sold on the App Store is significant because it could signal the end of a long-running battle between Apple and Google. As you may remember, Apple pulled the official Google Voice app and various third-party programs because of unclear reasons. It initially said it was due to the fact that the app duplicated functionality but that never passed the smell test.

The issue gained a ton of attention and it was even probed by the Federal Communications Commission. Apple seems to have softened its stance with developers though, as it recently made public its App Store rules. This may have been because the company was facing governmental inquiries into its practices.

Regardless of why, we now have a Google Voice app on the Apple iPhone and that’s a good thing. I cannot wait for an official version from Google to become available and that could happen sooner than you’d expect.

We’ll test out the app over the next few days and let you know if it provides a good experience.