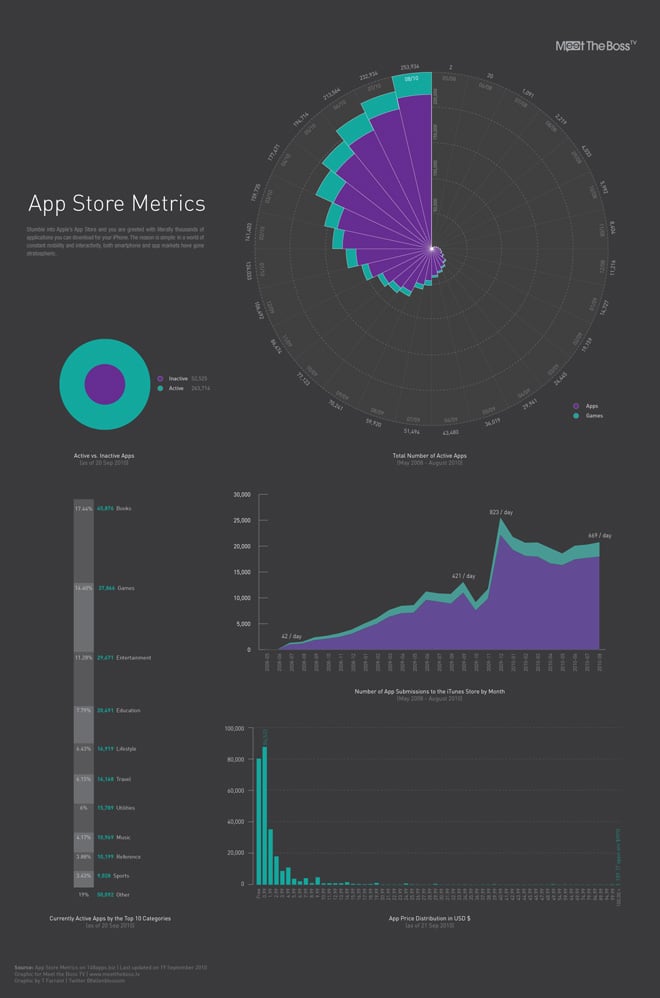 Apple’s iOS app store has grown by leaps and bounds since it first launched in 2008. Apple boasted that 10 million applications were downloaded in the first three days after the app store launch and that figure has ballooned into the billions in the intervening years. An infographic put together by MeetTheBoss TV visually represents this explosion and paints a nice picture of the millions of inexpensive apps that are available in the app store. Interestingly enough, the app store metrics show that there are more books than games available in the app store. Does that mean most iPhone owners prefer War and Peace to a rousing game of Angry Birds?

Note: If you find the charts difficult to read, click on the infographic to view the full-sized version which tops out at a whopping 1565 x 2366.