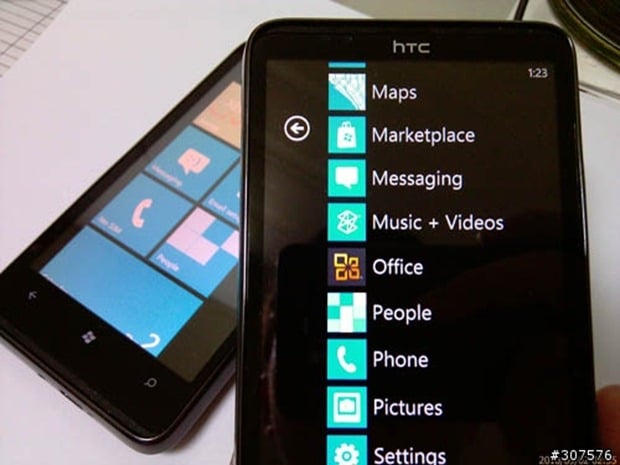 As the official launch date of Microsoft Windows Phone 7 inches closer, we’re seeing more and more leaks about the devices. The folks at WMPowerUser have hit the motherload though, as it has scored some good pictures of an HTC device.

As you can see from the photo below, the device is labeled HD3. This makes a lot of sense considering the HD2 was powered by Windows Mobile.

That could just be a code name though, as we’ve heard the device could launch with the HD7 moniker. That would easily identify it as a Windows Phone 7 device but it would throw HTC’s naming progression out of whack.

I like this positioning but wonder how snugly the kickstand will lock back in. Some of the IntoMobile team also think it looks too much like a can opener but there’s different strokes for different folks, I suppose.

Exact details on the HD7/HD3 aren’t available yet but it’s not too difficult to guess because of the chassis requirements Microsoft has with Windows Phone 7. Look for a 1 GHz processor, 5-megapixel camera, capacitive touchscreen and all the connectivity goodies (WiFi, GPS, 3G, Bluetooth) you’d expect from a device of this class.

HTC won’t be the only one out of the gates with a Windows Phone 7 handset, as we know Samsung, LG Electronics, Acer and Dell are working on smartphones with Microsoft’s latest mobile platform. The exact launch devices aren’t known but it’s safe to assume that there could be at least three smartphones at launch.

If you’re in the United States and want a smartphone with Microsoft’s latest platform, you’re going to have to look at GSM carriers only. Devices for Sprint and Verizon are expected in 2011, though. 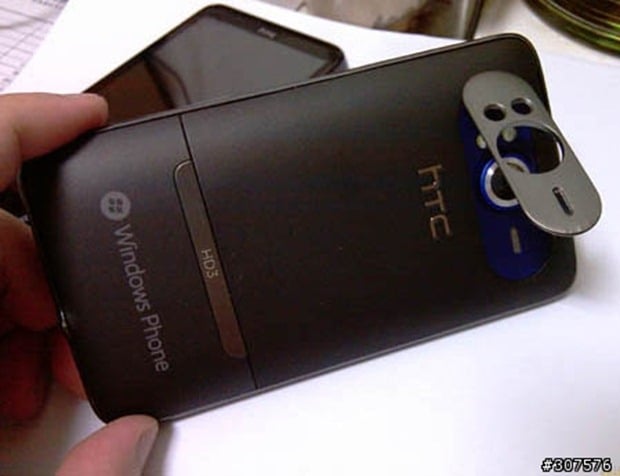