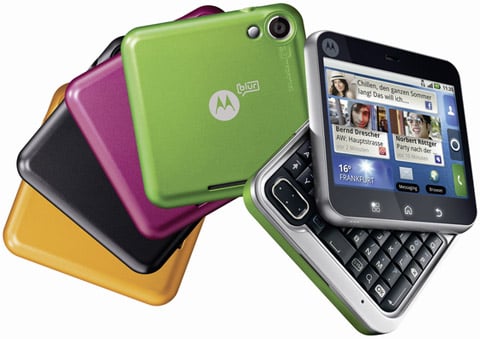 First it was coming, and then it wasn’t, and now the Motorola Flipout is, in fact, coming to the U.S. Although it’s not quite as immediate as we were previously anticipating, Motorola has confirmed that their funky rotating Android 2.1 handset would be available before the holidays. Of course, there’s no mention of carriers, but since there’s been no word of a Flipout that supports AWS bands or CDMA, AT&T is probably a safe bet.

The Motorola Flipout will be a lower-end handset, with a 3 megapixel camera with autofocus (no flash), QVGA capacitive touchscreen, 600 MHz processor, 512 MB of RAM, and running Android 2.1 with an enhanced version of Motoblur including resizeable home screen widgets. It’s a neat little thing, and should the gods be willing, I’ll be posting a review of it today so you can see if it was worth the emotional rollercoaster.

We're not sure if this is enough to sway you from getting the Motorola Droid 2 R2D2 edition, but we've...