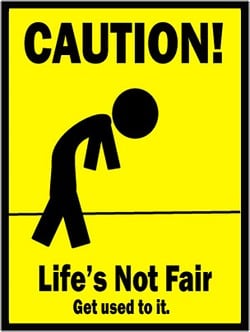 Verizon announced today that it was going to adopt tiered pricing plans within the next four to six months. Earlier this year, AT&T did the same with its new DataPlus and DataPro plans, limit data usage to either 250MB or 2GB depending on the package. Finally, yesterday, Sprint CEO Dan Hesse said that while there were no immediately plans for metered pricing plans, the carrier wasn’t ruling out the possibility in the future. How do you feel about the coming changes?

There was quite an uproar when AT&T announced its plan to change its data package from unlimited data to two limited options. And even though the two choices — 2GB or 250MB — were perfect for the majority of users, the real power users were ticked off. Of course, this was the idea. AT&T didn’t want a small handful of abusive users straining its already crumbling network, especially in cities like New York City or San Francisco.

As smartphone sales continue to grow, along with new apps that are becoming more data intensive, carriers need to think about preserving their networks. Tiered or metered data and price packages seem to be the fair answer, and it’s certainly better than having data speeds throttled.

The idea of tiered and limited data plans isn’t new to Europeans or Canadians, but we spoiled smartphone users in the U.S. know nothing of the blasphemous practice. Limit our data usage? No way! Unfortunately, it’s quickly becoming our reality.

When 4G networks like WiMax and LTE become ubiquitous, our voracious appetites for data might cause those networks to buckle. With faster download and upload speeds, and less latency, gobbling up data will be a piece of cake. Carriers are acting now so that doesn’t happen.

Once your carrier starts switching to tiered plans, if it hasn’t already, how will you adjust your usage? Do you have to adjust your usage? When AT&T introduced its 2GB cap, I wasn’t affected because my contract included unlimited data usage, but I found that I wasn’t using more than 2GB of data per month anyway. Even if I had signed up after the plan went into effect, it wouldn’t have been a big deal. I’m on Wi-Fi most of the time.

So what do you think? Are tiered or metered pricing plans fair? Or are carriers just making excuses in order to squeeze every last penny it can out of its users? Let us know your thoughts! Vote and comment below.