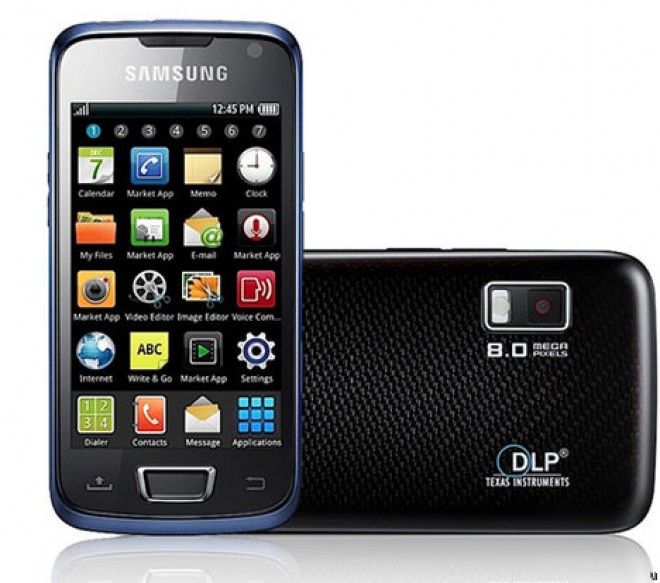 For those of you who actually remember or carry the Samsung Beam, we’ve got some bad news for you. It turns out that the pico-projecting phone will not be receiving the Android 2.2 update. So get yourself a Galaxy S already!

Why would the Samsung Beam not get another update when it was just released in July? Well, supposedly there aren’t enough Beam users who actually own the device. Samsung says, “customer base is too small to justify for the allocation of dedicated resources at HQ”. It makes sense, but that still won’t likely sit well with the few souls brave enough to own one.

The development scene for the phone isn’t all that large, either, so we’re not sure if we’ll be seeing any sort of unofficial update for the device anytime soon. That is, unless the lack of an official update moves some developers to take on the task themselves. It’s also been rumored that the device is completely out of stock, and we know it wasn’t because of the massive sales of the device. If that turns out to be true, then Samsung may be planning the end of life for the Beam already. Sad story.

It could be worse, though. At least the Beam is on a pretty decent version of Android, unlike the Motorola Devour, which is, and will be stuck on Android 1.6. If Samsung doesn’t want to devote the development resources on Froyo for the Beam, that’s fine, but we’d imagine we would see some update for some of the Galaxy S phones a little sooner. Let’s hope the Galaxy S line does indeed see a Froyo update before the launch of the Galaxy Tab.

So, Beam users, will you be happy to stay on Android 2.1, or would you be willing to get another phone altogether because of this?