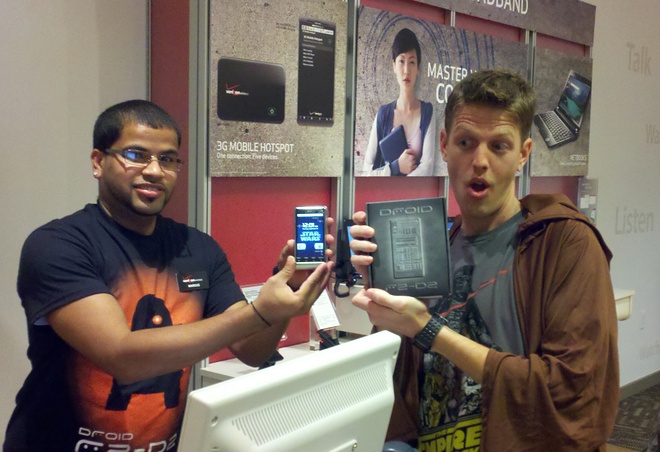 We’re used to seeing Star Wars fans lining up for movie premiers, but what about Verizon Wireless phones? The Motorola Droid R2D2 special edition has just been released and the first nerd – and I say that as a fellow nerd – has been pictured nabbing one in Orlando.

If you’ve been wanting one of these since they were first announced, you’d better run and hurry! The R2D2 Droid for Verizon is a special edition and was made in limited numbers. In case you’ve been living under a rock, or you’ve been busy buried underneath all your George Lucas memorabilia, here are the phone’s specs (not unlike the regular, more boring Droid 2):

Android security seems to be in everyone's mind again as its apps are, yet again, sending out data unbeknownst to...