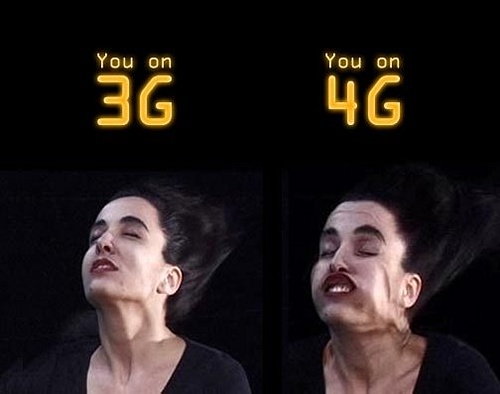 T-Mobile is the only carrier left without a conspicuous 4G plan. Sprint is already using WiMax and both Verizon and AT&T have made it very clear that they will go with LTE. T-Mobile, however, has been focusing on its HSPA+ network, which offers theoretical top speeds of up to 21Mbps.

Still, the nation’s fourth largest carrier is looking ahead and may consider LTE.

Neville Ray, T-Mobile USA’s chief network officer, says, “We’ll look towards LTE at the right point in time for us. That ecosystem is going to be much richer than the competing one from WiMax, which is really a niche play.”

Interesting words from Ray, who isn’t alone in thinking that WiMax won’t be a long-term high-speed broadband solution. Nokia’s Anssi Vanjoki, who will be leaving the company in less than six months, has compared WiMax to Betamax.

Oddly enough, TMO was recently said to be in talks with Clearwire, who offers WiMax services in the U.S. And while Ray feels that the mobile technology is niche, he says that his company wouldn’t rule it out completely as part of a partnership with Clearwire.

Ray declined to say whether the mobile-phone company has had discussions with Clearwire about using available capacity on WiMax, or worldwide interoperability for microwave access, network. Clearwire, based in Kirkland, Washington, said last week it had held talks with T-Mobile, without providing details.

Right now, T-Mobile sounds very undecided. While its HSPA+ network is a relatively decent way of holding off on 4G, it won’t last long against its competition. Carriers like AT&T and Verizon, with their growing number of popular and desirable handsets, will be building out LTE networks that will trump the HSPA+ speeds and have far less latency. If the fourth largest carrier in the U.S. expects to keep up, it will need to act sooner than later.