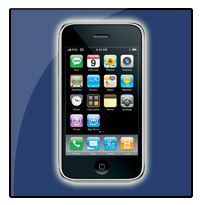 ABI Research (and so do we) anticipates that the sensor-driven user interface will be an emergent theme in the “next wave of mobile UI innovation-turning objects, locations, and people into networked, interactive elements.” It’s really hard to argue against that forecast considering that by 2013, 85% of smartphones will ship with GPS, over 50% will ship with accelerometers, and almost 50% will have gyroscopes.

Among the factors that will drive the growth of sensors in smartphones, ABI identified gaming, location awareness, augmented reality and the expansion of motion-based commands.

The research company also added that sensors will also help OEMs innovate beyond a touchscreen UI for differentiation in the marketplace. We’ve seen those demo videos of TAT’s awesome technology in action. I can definitely see handset makers emphasizing such features in their products, just like they’ve already started underlining augmented reality capabilities…

We've heard a lot about the rapid ascension of Android, as Google's mobile operating system recently outsold Apple iPhone and...