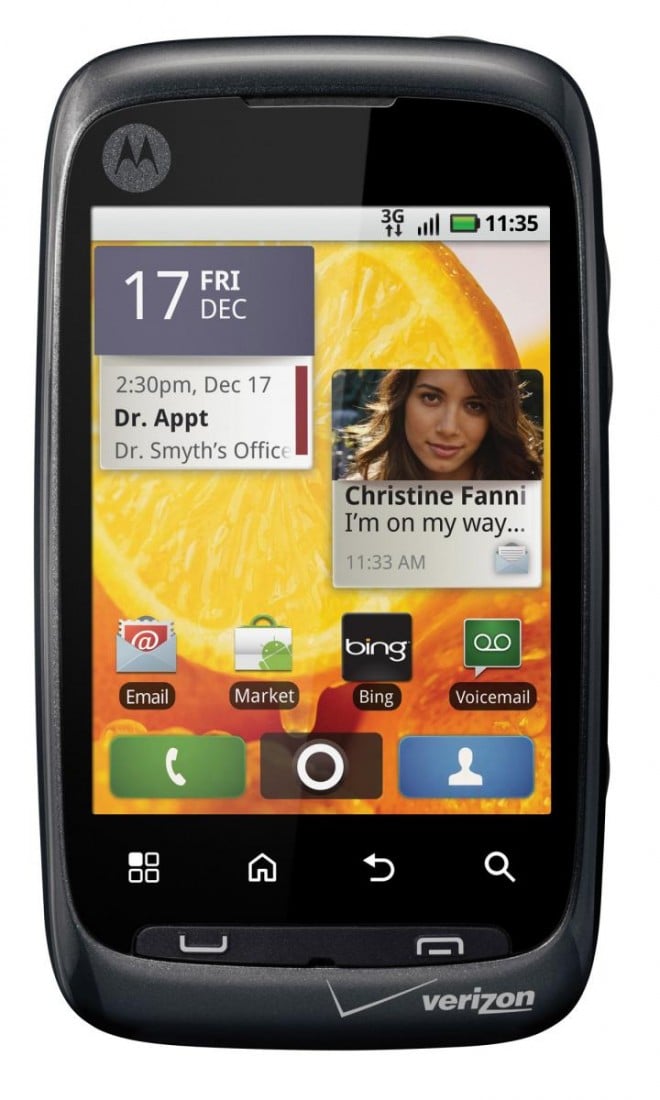 Remember the Motorola Ciena from a few days ago? Well the budget Android phone has gone official, and it’s as cheap as we thought it was without actually hearing a price on the thing. Or specs for that matter.

We actually don’t know much about the Citrus, but we can expect this cheap phone to pack Android 2.1 with Motoblur. Not the more subtle version of blur that we’ve seen on the Droid 2 or Droid X, but the full-fledged, ugly, annoying Motoblur. Awesome. The Citrus may come with Bing as the default search engine as well, if that picture above says anything. Like the Devour, and Ally, the Citrus will not be a Droid-branded device.

We have every reason to believe this device could be as cheap as free, but we’ll be getting you all the details as they come our way.

We’re on our way to the event right now, so stay tuned!

Well, Motorola has thrown us a curve ball on the eve of CTIA, as it has introduced the Verizon Droid...