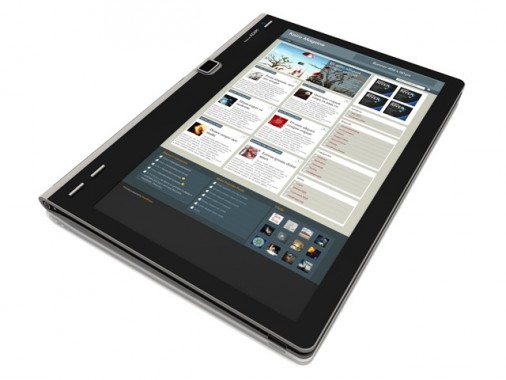 If the much-anticipated, possibly already vaporware-d Notion Ink Adam Android tablet, ever does truly surface at some point, you may have an array of color options to choose from.

While news of the tablet has been hard to find, the Notion Ink blog has been more frequently updated. And, this time around, the company is giving readers the option to choose two colors they’d most like to see the device ship with. Colors range from light blue to titanium black, so there’s likely an option that you’d like to see, even if you don’t end up getting an Adam Android tablet. This might not necessarily mean that you’ll have all the listed colors available to you when/if the device launches, but we’re likely going to see the most voted colors as options.

For those who are not aware about the mythical tablet, it will come with a 10 inch Pixel Qi display, which allows for a full color display that can be switched to a black and white, e-reader like display mode to save battery life and make reading easier on the eyes. Powered by the NVIDIA Tegra2, the Adam will be able to playback 1080p video without a hitch, and should take on any sort of media consumption with ease for that matter. The Adam will be running Android, likely Froyo, but nothing has been confirmed on that end.

The Adam will also ship with a customized user interface, and a couple more details have been given:

“The UI is totally unique and calls for a very small but crucial change in the Application Architecture to use the UI to the fullest of the extent. [The] UI is largely inspired from real world metaphors like magazines, wire-frames, newsletters. Even the color you will find will remind you of paper” Rohan Shravan, Notion Ink

Well that doesn’t actually say too much, but it’s something. The tablet is also said to multitask differently than what you’d expect on an Android phone, which is done by holding the home button down which reveals the last six applications that were opened. As suspicious as the reality of the tablet may be, it sure looks like the guys over at Notion Ink are still working hard on the product. If not just to keep you wanting a device that may never materialize.

Still, I remain hopeful for the Adam, even if it does seem a little too good to be true. Anyway, if Notion Ink doesn’t make it to market, another equally compelling tablet else will. Eventually. We’re still counting on seeing the Adam go live in November, but who knows what will happen next month.

Check out the Notion Ink Blog to vote for your favorite color!

A recent survey from Nielsen has revealed that Android has commanded the most sales for those who have bought a...