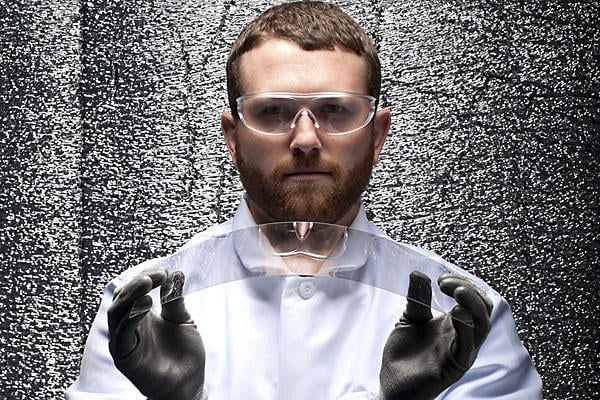 Corning is touting its Gorilla glass today. The American materials manufacturer released an official statement that confirms the Samsung Galaxy Tab is the latest mobile device to feature this ultra-strong and scratch-resistant display. Gorilla glass made its retail debut in 2008 but the glass has a long and interesting history. The idea was hatched in the Corning labs back in the early 1960s as part of Project Muscle, a set of experiments that produced an ultra-thin, ultra-strong sheet glass. The glass technology found limited commercial interest and sat dormant until 2008. Since that turning point, Gorilla glass has exploded on to the scene and is now used in notebooks, mobile phones, and tablet devices.

Other mobile devices with Gorilla Glass include a bevy of mobile heavyweights, such as the Motorola DROID X, Samsung Galaxy S, and the iPhone 4. The glass is scratch-resistant and ultra-strong and, as such, has sparked a flurry of YouTube torture test videos, including one from Anything but ipod that subjects a Gorilla-glass equipped Zune HD to scratching with keys, a razor blade, and a chef’s knife with little effect.

This marrying of technologies is good news for both Corning and Samsung With such a strong display on top of high-end specs, the Samsung Galaxy Tab is shaping up to be a worthy competitor to the iPad and is setting a high standard for Android tablets. Corning is also getting some high-profile exposure from its relationship with Samsung as it sets its eyes on the mobile display market, a sector that is expected to balloon to $1 billion in 2011.